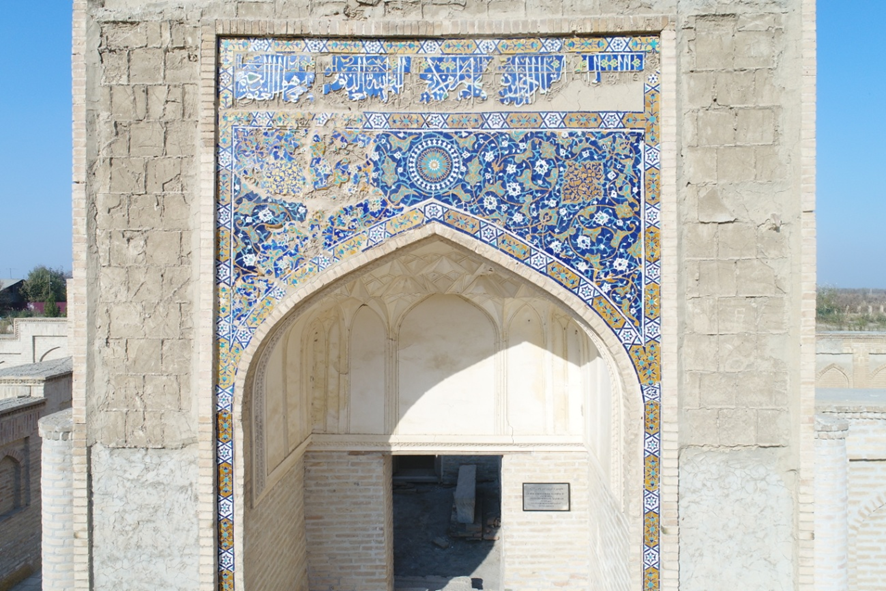 A necropolis of Chor-Bakr. The emergence of the necropolis in the village of Sumitan dates back to the era of the Samanids’ ruling. The village of Sumitan was given as a property domain to Juybari sheikhs during the reign of the first Uzbek Shaybanid dynasty. The first and the main burial, from which the formation of the necropolis has begun, is the grave of the supposedly descendant of the Prophet Muhammad – Abu Bakr Saad, who is considered to be the founder of the Juybar dynasty, which once had a great influence on the political and spiritual life of Bukhara.

The early history of the necropolis until recently remained unknown. By now, historical and archaeological research have established that the area of ​​the ancient part of the necropolis, formed by the X – XIII centuries, amounted to no more than 1/10 of the current territory.

In the XIV – beginning of the XVI centuries, the necropolis began to increase in size. On its eastern outskirts and along the street, single and family tombs of burnt bricks were built. It is not known who was buried in those tombs as all written sources remain silent on that subject, and numerous marble tombstones turned to dust, or the inscriptions on them were changed at a later time.

It is interesting that mausoleums were not erected on the Chor-Bakr necropolis – the monumental burial structures called khazira, whose architectural appearance developed by the beginning of the XVI-th century, were spread there. It is the construction of the burial structures that distinguishes the Chor-Bakr necropolis from other religious burials in Uzbekistan, for example, from the Shah-i-Zinda necropolis. The generalized characteristic of the khazira as a type of a monumental burial structure can be formulated as follows: it is devoid of overlap, a country-oriented building with a burial part, surrounded by walls and an entrance, and decorated with a darvaz. The Juybar Seyids’ khazira is located in the north-western part of the complex, while the others are located in the eastern part of the complex and stretch in a long line from north to south.

All architectural monuments of Chor-Bakr from the XVI-th century are united by a number of specific features. They have a single format of burnt bricks; clay is used as their binder, and the construction of foundations used wooden bars. In the masonry of arches, domes, and vaults, ganch was used. The walls were faced with polished bricks, and mosaics were used in the decoration.

At the turn of the XVI – XVII centuries, Taj-ad-Din Juybari (the son of Khoja Saad) with the construction of a mosque completed the creation of the main architectural ensemble of Chor-Bakr.

In the XVII-th century, the construction of four khaziras completed the formation of the street in the necropolis.

At the beginning of the XX-th century, on the open side of the central courtyard, a moderate size minaret was erected, completely copying the Kalon/Kalyan minaret in Bukhara.

For the preparation of documentation for this site in the framework of the project nomination dossier The Great Silk Road: Zarafshan – Karakum Corridor has been collected the following:

• 3 video of the flights above the area providing a complete picture of the monument’s size and the urban context.

As a result, has been received the following:

• detailed orthophotomosaic and 3D model of the monument’s territory, where in details it is possible to determine the architectural, infrastructural, household, and other elements by means of a visual research;

• digital surface model (DEM/DSM), which allows to fully evaluate the peculiarities of the urban and natural landscape, as well as to get a detailed topographic map of the territory;

• detailed 3D models of the architectural objects, fully conveying the entire spectrum of visual perception, both of the object as a whole and of its individual elements (documented accuracy of the shape and geometry in real scale with georeferencing, high-resolution texture that allows to visually assess the condition of the smallest parts and details, etc.). 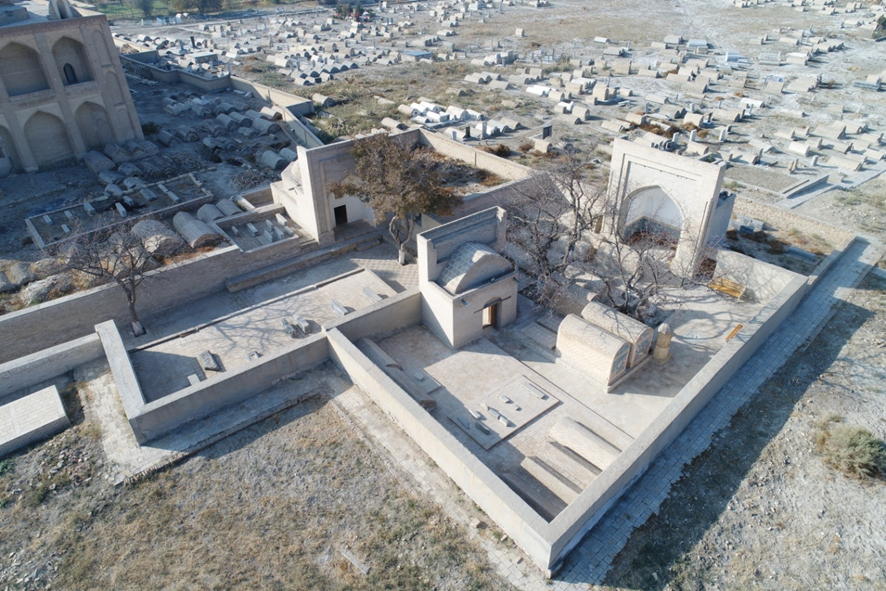 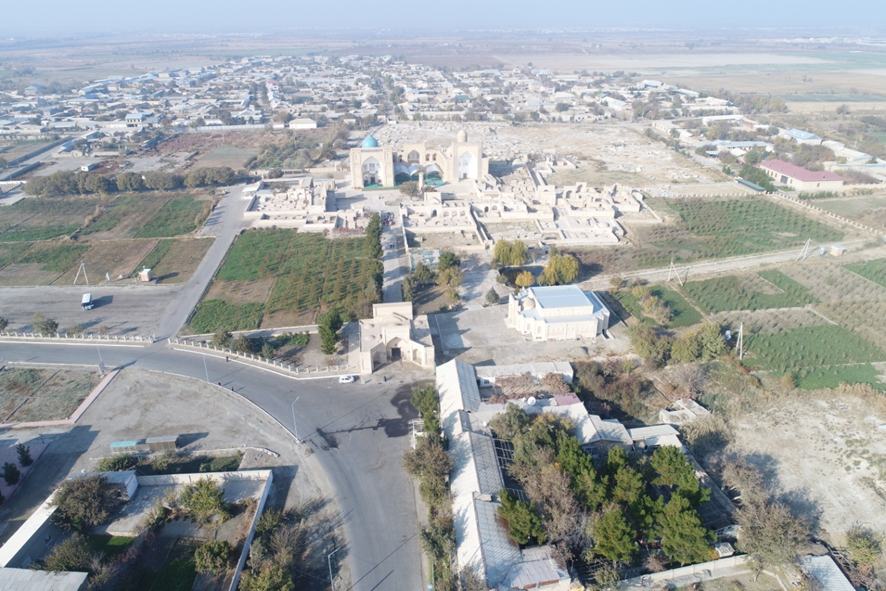 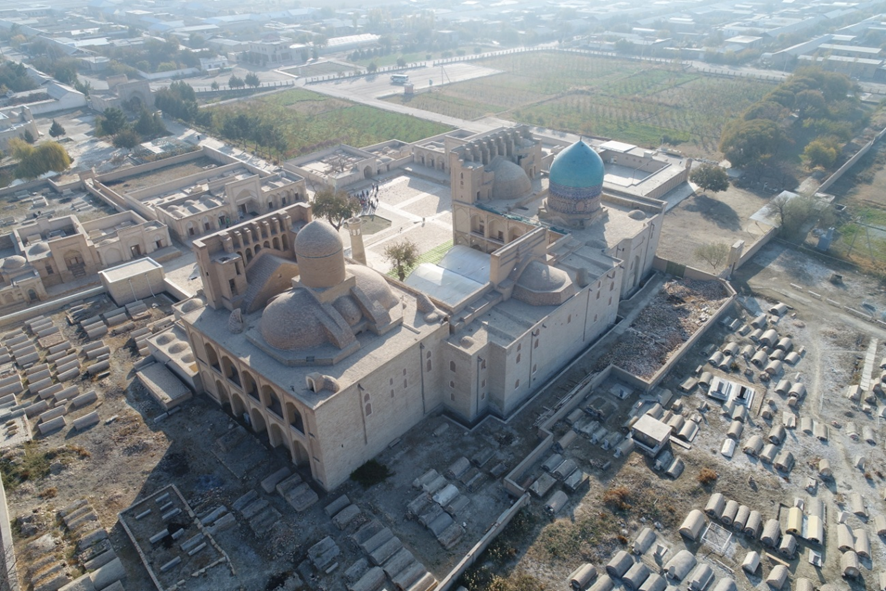 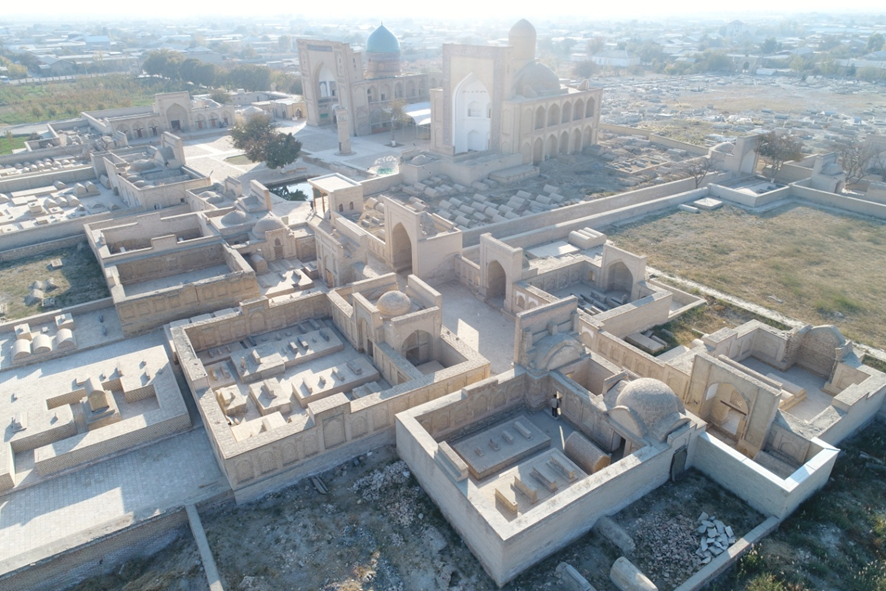 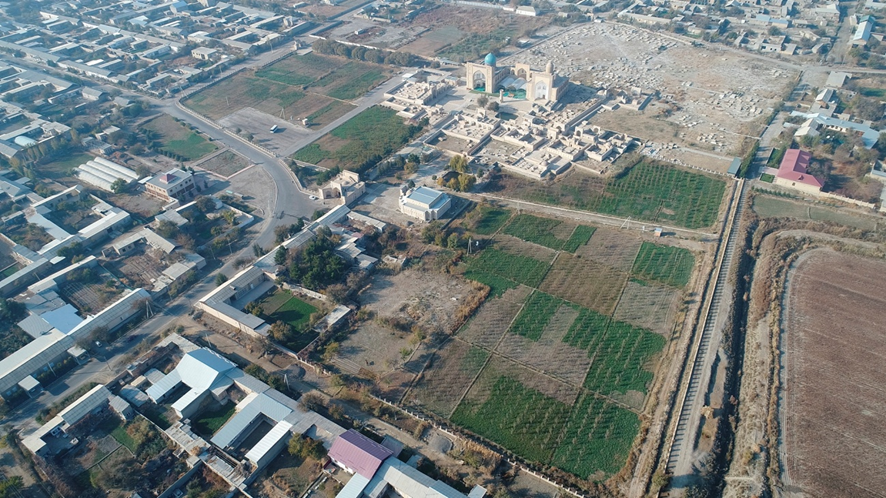