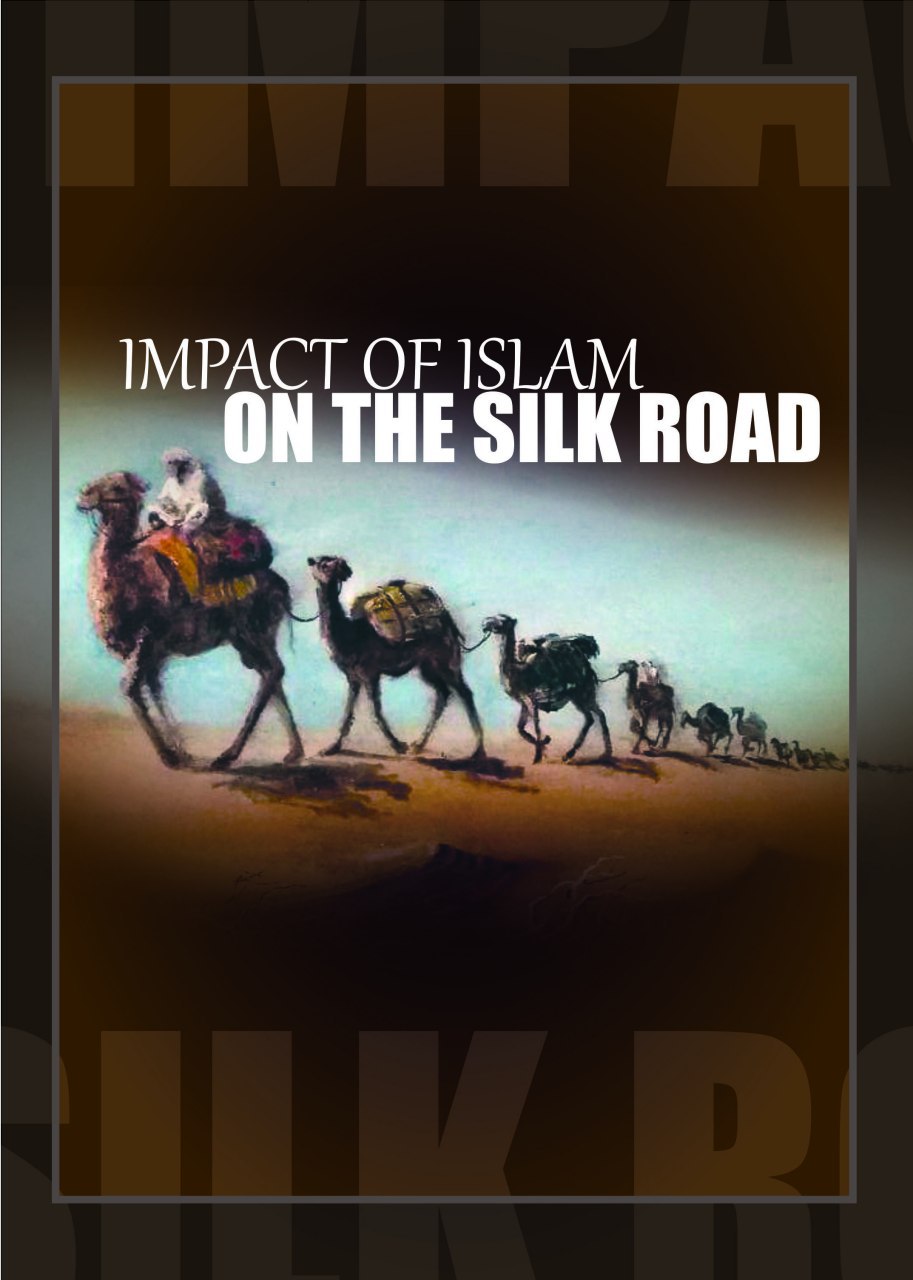 Impact of Islam on the Silk Road.


The publication has been prepared in the framework of the “History of Central Asia” international research project, initiated by the International Institute for Central Asian Studies (IICAS).     The study focuses on the role of Islam in flourishing and advancement of the Great Silk Road. Source works of Islamic authors, presented in the publication, contain data on geography, history of the region and route network of Islamic states. It describes cities and distances between them, offering a comprehensive overview of the global routes. The publication is intended for specialists and a wide audience interested in the history of Central Asia.The authors bear the responsibility for the choice and representation of facts and opinions contained in this publication which do not express the views held by UNESCO. The terms and materials used in the publication do not contain the view held by UNESCO in relation to the legal status of any state, territory, any city, zone of influence or borders. 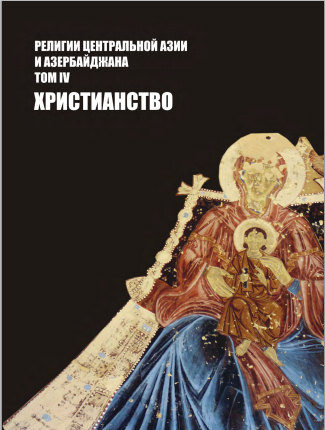 
As an established world religion, Christianity began to spread in Central Asia in the first half of the first Millennium ad. History the history of the teaching here is closely connected with the history of the Christian Church, and with the political and cultural history of the peoples of the Middle East and especially Iran. How V. V. Barthold noted in his summary of Christianity in ancient and medieval Turkestan, a great role in the spread of various religions, including Christianity,trade routes played. This is confirmed by both written and archaeological sources [Barthold, 1964, Pp. 280-286; Prominent, 2011]. As you know, branches of the Great silk road crossed the territory of Central Asia in many directions[Formation and development of trails..., 1990].Jewish communities appeared in Central Asia, apparently as early as the Achaemenid era, although there is no sufficient archaeological evidence to date about the the existence of Judaism here 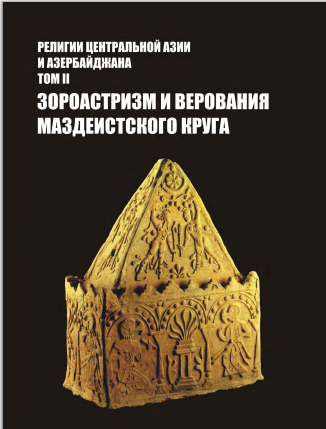 
Zoroastrianism, Mazdeism, or "the Good faith of honoring the Wise" (Avest. vahvī - daēnāmāzdayasna -) – the most ancient religion of revelation, attracted to its secrets.since antiquity. Since the French orientalist Anquetil-Duperron (1731-1805 the first translation of the Avestan texts, which researchers tried to understand the true meaning of this religion. We can trace the continuity of ancient sources: Rigveda and Avesta, extremely close in language, especially in the most ancient parts("family" mandala of the rig Veda, the Gathas of the Avesta). Genetic relationship of Indo-Aryan andIranian languages indicate the common origin of their native speakers. The time of creation of the Rigveda is considered the second half-the end of the 2nd Millennium BC, although the most recent parts of the monument may have appeared at the turn of the 2nd-1st thousand BC. The founder of Zoroastrianism, Zarathustra, was a religious reformer, which is why the pan-Aryan mythology passed into the new religion in the form of individual elements and fragments that got a different meaning.The main objects of worship of the two religious systems include the cult of fire, including all its manifestations-from the earth fire of the sacrificial fire to the sun on the earththe sky and solar deities, and the cult of the sacred plant (Vedas. "soma", Avest. "haoma"), from which prepared the drink of immortality. 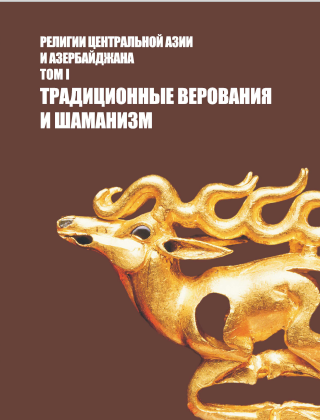 
The publication offers readers an opportunity to get acquainted with traditional beliefs and shamanism based on specific material from Azerbaijan and four Central Asian republics in historical retrospect-from the stone ageuntil now. The task is quite complex, since a significant part of the the results of archaeological research. Methodological developments in the study ofmonuments of archeology show how difficult the way to their knowledge is. If many aspects of the life of ancient peoples-economy, political history, material culture, art-became famous thanks to the work of archaeologists, then to the reconstruction the ways of ancient beliefs are more limited, especially due to the paucity of written texts evidence. Until now beliefs and cults of the pre-Muslim period they continue to be the least clear for historical science. 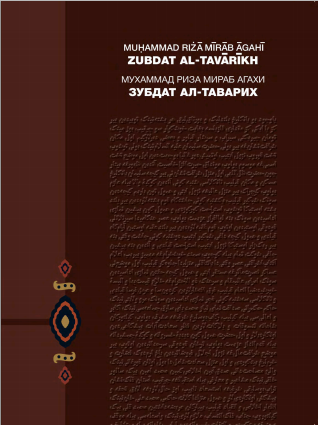 
The Zubdat al-tavārīkh (Cream of Chronicles) was written by the court historian and well-known Khwarazmian poet Muḥammad Riżā Āgahī (1809–1874). Why is it remarkable? Every editor of a manuscript of this type must assess the importance of the source to be published, especially when other works were written by the same author and are of value to the scholarly community. Although the chronicles of Āgahī were first mentioned in an article by the well-known Russian Orientalist A. L. Kun (1840–1888) published almost a century and a half ago, the Zubdat al-tavārīkh did not attract any serious scholarly attention, aside from brief references in scholarly and popular literature. This was because of its inaccessibility in edited and printed versions. V. V. Barthold, P. P. Ivanov, Yu. E. Bregel, Q. M. Munirav and N. I. Tashev were among the scholars who used and consulted the Zubdat al-tavārīkh in their works on the history of Khwarazm, particularly the Qonghrat Dynasty (1804–1920). However, the original source remained unpublished and it was not studied in detail. Perhaps the lack of attention to the Zubdat al-tavārīkh can be explained by the fact that many researchers do not have the skills to work with Central Asian Turkic (or Chaghatay), particularly in the lofty style in which the Zubdat al-tavārīkh was written. Secondly, the Zubdat al-tavārīkh covers a short historical period (1842–1846) in the history of Khwarazm which includes few episodes, mostly military campaigns. Even though researchers believed that the Zubdat al-tavārīkh did not differ from other historical works of Āgahī in its genre and style, it was written in imitation of the best examples of the so-called ‘florid style’ with a very complicated form and syntax