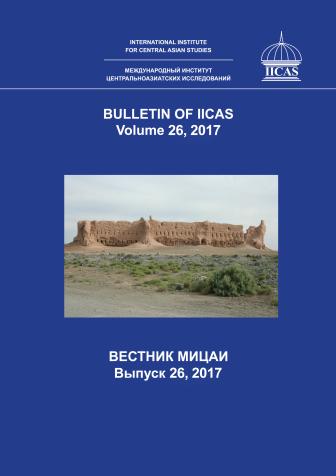 
e history of spread of the Indian religions in Tien Shan as a cultural and ideological factor of interaction of ancient tribes led scholars to the 2nd millennium BCE in the period of their Indo-Iranian unity. ough, in that distant time these links were oneway: it was exodus of cale-breeding population over Tien Shan, Pamir-Alai and Hindu Kush to the south and south-east in Panjab and north-western India. Other part of the Indo-Iranians went to south-west in Bactrian-Margiana arid zone and Sestan-Drangiana. According to the Avesta, Zoater Zarathustra, apparently, from a cale-breeding kin came to the place from a highland in the reign of Vishtasp. 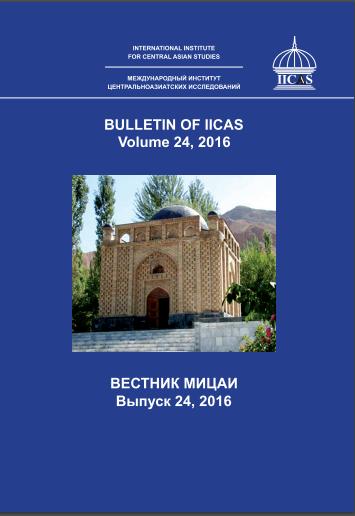 
e stages of formation of the Kyrgyz people and many issues on its ethnogenesis and history of ethnos are not yet elucidated and they are still disputable. Among the reasons there is a lack of complex use of dierent sources. One of them is waiting for its researchers for a long time; it is the abundant oral heritage of not only Kyrgyz, but also peoples, with whom they were linked in ethnos and culture. e ethnic composition of the Kyrgyz people is quite complex and requires the profound study, although it is possible even now to tell about the South Siberian sources of the ethnic and cultural history of the Kyrgyz. is article is just an analysis of legends existing among peoples in Siberia nowadays about the Kyrgyz. Exactly in that area, and also in Gorny Altai and some other places of Central Asia in Antiquity and the Middle Ages the Kyrgyz ethnos, which part in formation of the contemporary Kyrgyz people is doubtless, le its trace. ere is no doubt that we should examine this kind of source critically, because all of them were created in dierent time and dierent areas. In spite of this, it is possible to nd much common with the Kyrgyz folklore in the oral creative work of peoples in Sayan-Altai at the thorough and qualied study 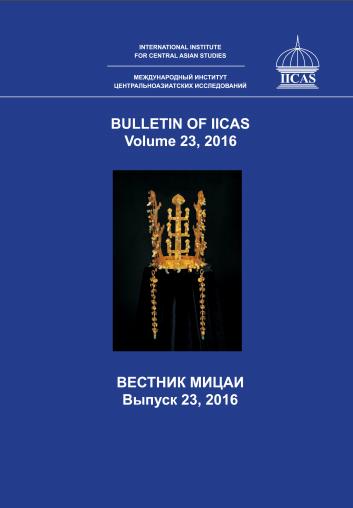 
People of the Republic of Kazakhstan celebrated jubilee of the first national state — the Kazakh khanate — in 2015. It was the 550th anniversary. In 1465 the Kazakh khans Djanibek and Kerey became the rulers of a new state, which centre was Jetysu, the Korday and Kozybasy Mountains and the valley of the Shu River. In the history of Kazakhstan one of the most urgent and complicated issues was and still is the interactions of steppe and town, two types of economy such as cattle-breeding and agriculture. In the centre of attention of the researching academic disciplines there are issues on urbanisation including the dynamic of development of the ancient and medieval town, its formation, structure and inner content. From this point of view the periods of Kazakh-Djungar wars, formation of the Kazakhs khanate and years of struggle of the Kazakh khans and the Shaybanids for fertile lands and yards, and above all, for towns are especially interesting. 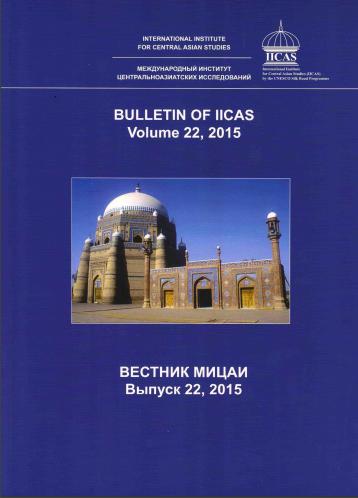 
The Great Silk Road (the GSR) is a phenomenon that unites a variety of different regions of the Old World by a universal system of exchange of the accumulated values created, developed and maintained by people of different ethnic, linguistic or religious background for eighteen centuries. Practically, the GSR influenced the entire cultural universe of that time. Every group of people, all countries involved in this system of the international trade and contacts between them at different levels made a major contribution to the development of connections and exchange of the material and spiritual values. 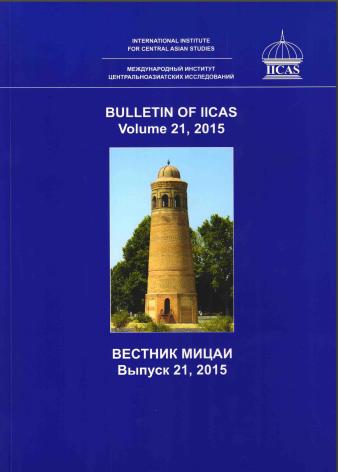 
The archaeological exploration and research in the southern areas of Tajikistan was carried out by the Tajik Archaeological Expedition (TAE). A. Okladnikov and V. Ranov explored several regions closed to the city of Stalinabad (Dushanbe) and identified artifacts dated back to the late Stone Age and early Bronze Age1 in 1953. The most important results of the work were the discovered items of the Paleolithic tools on the Vakhsh River terraces under the loess alluvial sediments2