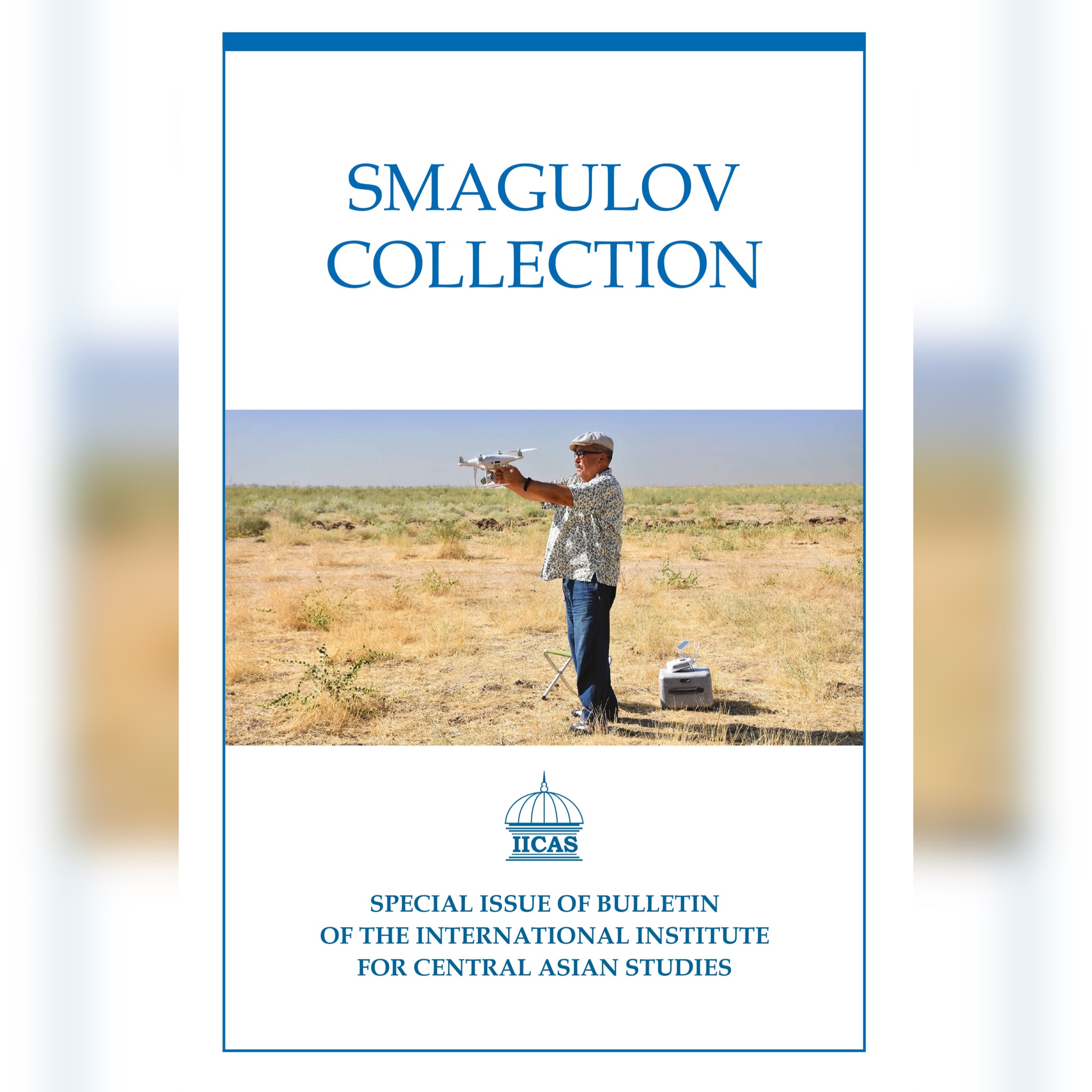 The International Institute for Central Asian Studies presents "The Smagulov collection" - a special issue of the "IICAS Bulletin" dedicated to the 70th anniversary of this remarkable archaeologist, profound researcher of the late antique and medieval archaeology of Central Asia, Yerbulat Akizhanovich Smagulov (1952 - 2019). The initiative for such a publication comes from a number of famous scientists who knew this bright and charming man personally, remember his work, and appreciate his contribution to archeology and history of this vast region of the world. Besides archaeology proper, Ye. A. Smagulov was engaged in such related fields of endeavor as restoration and museumification of archaeological monuments, reconstruction of historical landscapes, epigraphy, study of tamgas, and numismatics. He paid his scholarly attention to popularization of the achievements of archeology and historical heritage, and the issues of establishing protection zones and archaeological tourism areas.

The collection consists of two main sections. The first, being a memoir section, contains personal memories of the scientist’s friends, colleagues and relatives. It includes a number of photographs that portray him in his numerous expeditions, at research conferences, among the people from his tightknit social circle, and among the experts with whom he collaborated a lot and did so with genuine pleasure. The second and third sections, traditional for the bulletin - "The Studies of Culture" and "Historiography Issues" - include scientific articles covering a wide range of interests of Yerbulat A. Smagulov: from the Late Antique Kangyuy, Chach and Sogd to the archeology and the history of the late medieval khanates, up until their accession to the Russian Empire. The study of the pottery, medieval dwellings, certain crafts, the ancient pre-Islamic religion, and the early Islam were among the subjects especially important for our colleague, who passed away of late. The collection closes with a timeline of the IICAS activities implemented in the recent months.

The electronic version of the bulletin is free for downloading from the official website of the Institute at the following link: https://www.unesco-iicas.org/book/145