The Mausoleum of Jochi Khan 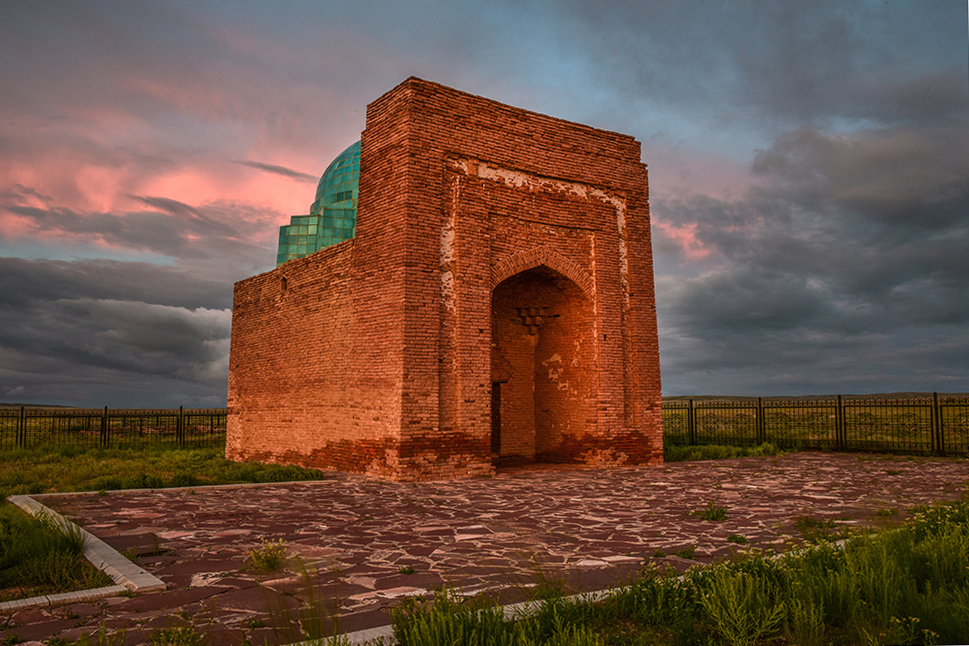 The Mausoleum of Jochi Khan

17.12.2021 The International Institute for Central Asian Studies (IICAS) has announced the names of the researchers who have won the IICAS Research Funding Grants for the 2022-2023 research year.

We would like to provide you some information about the projects that have received funding from our Institute. Today let us focus on one of them.

In the Publication Category, one of the grantees is a group of seven scholars from the Republic of Kazakhstan, the Russian Federation, and the United States – all of whom were united by the joint research interest in the history of the Jochi Khan Mausoleum.

The Mausoleum of Jochi Khan (the Kazakh name for this personality is Zhoshi Khan) is located 45 km from the city of Zhezkazgan, on the left bank of the Karakengir River (48°09' 20.08536" N; 67° 49' 02.10342" E). It is a single-chamber portal-and-dome mausoleum with a double spherical-conical dome. The outer dome is mounted on a ribbed sprocket-like drum. Both the dome and the drum had the exterior cladding of flat square bright blue [or turquiose] glazed tiles. The mausoleum has an unusual appearance for an architectural monument of the Mongol and post-Mongol Golden Horde periods.

Recently, the active study of the Golden Horde period historical processes, which took place on the lands of Kazakhstan, has sparked the interest of the scientific community and that of the general public in the Mausoleum of Jochi Khan. The new reconstruction project has been completed on the Mausoleum, deployed in parallel to the construction of a Visitor Center for tourists. These developments have significantly changed the natural and historical landscape and the very appearance of the Jochi Khan Mausoleum.

The historical research on the Jochi Khan Mausoleum is both scientifically relevant and required from the practical point of view, as there is a need for a research-based understanding of the history of formation of the Kazakh statehood. In recent years, the history of the Ulus of Jochi (the Golden Horde) has attracted attention not only of the broad scientific circles, but there is a clear call for this for the political and ideological purposes. The latter is clearly evidenced by the state strategic and program underlying documents being published in Kazakhstan.

In the meantime, the principal questions about the time of construction of the Mausoleum, about who was buried under its dome, remain open. The study of the architectural features, funerary ritual, and artifacts of the Mausoleum, the absolute dating efforts, the analysis of the the Mausoleum’s structural elements using modern-day interdisciplinary methods will all help provide new information for the interpretation of the religious architecture, for understanding of historical events in the eastern part of the Ulus of Jochi.

The mysteries of the Jochi Khan Mausoleum will be somewhat unraveled in the forthcoming joint publication of the research team, which is to come out in 2023. 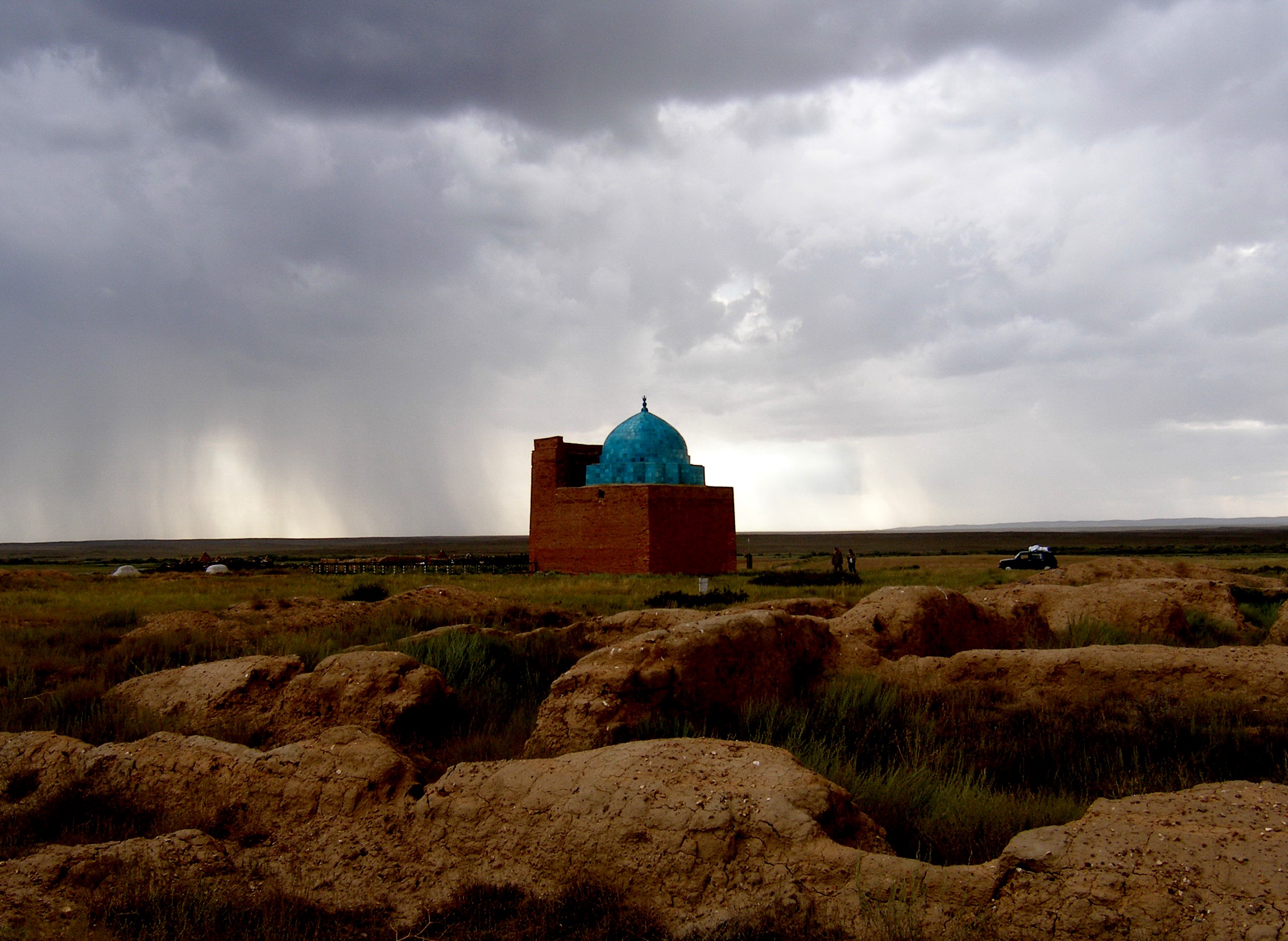 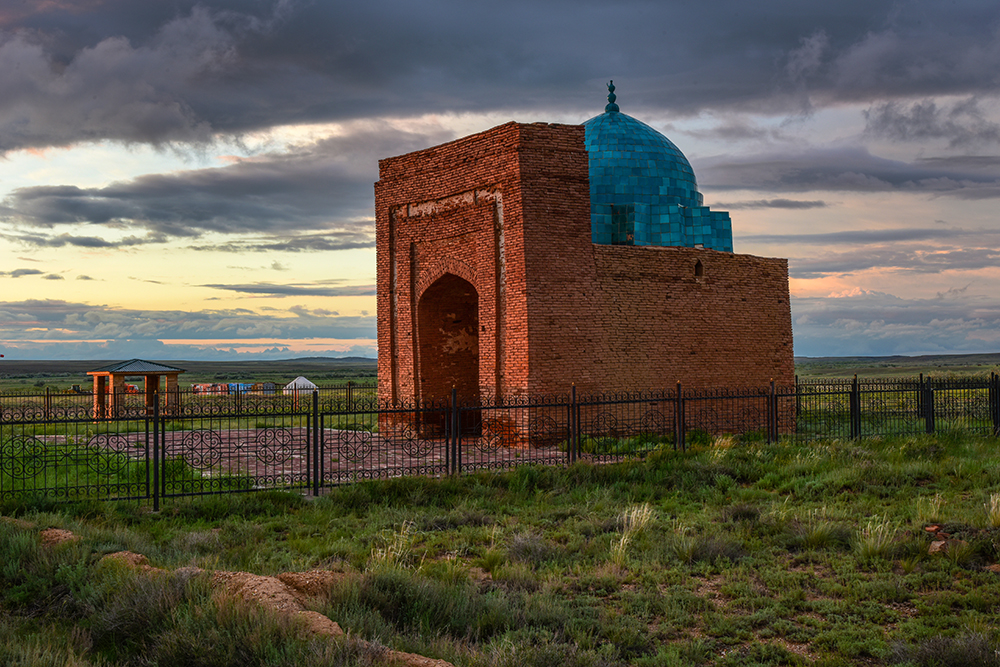