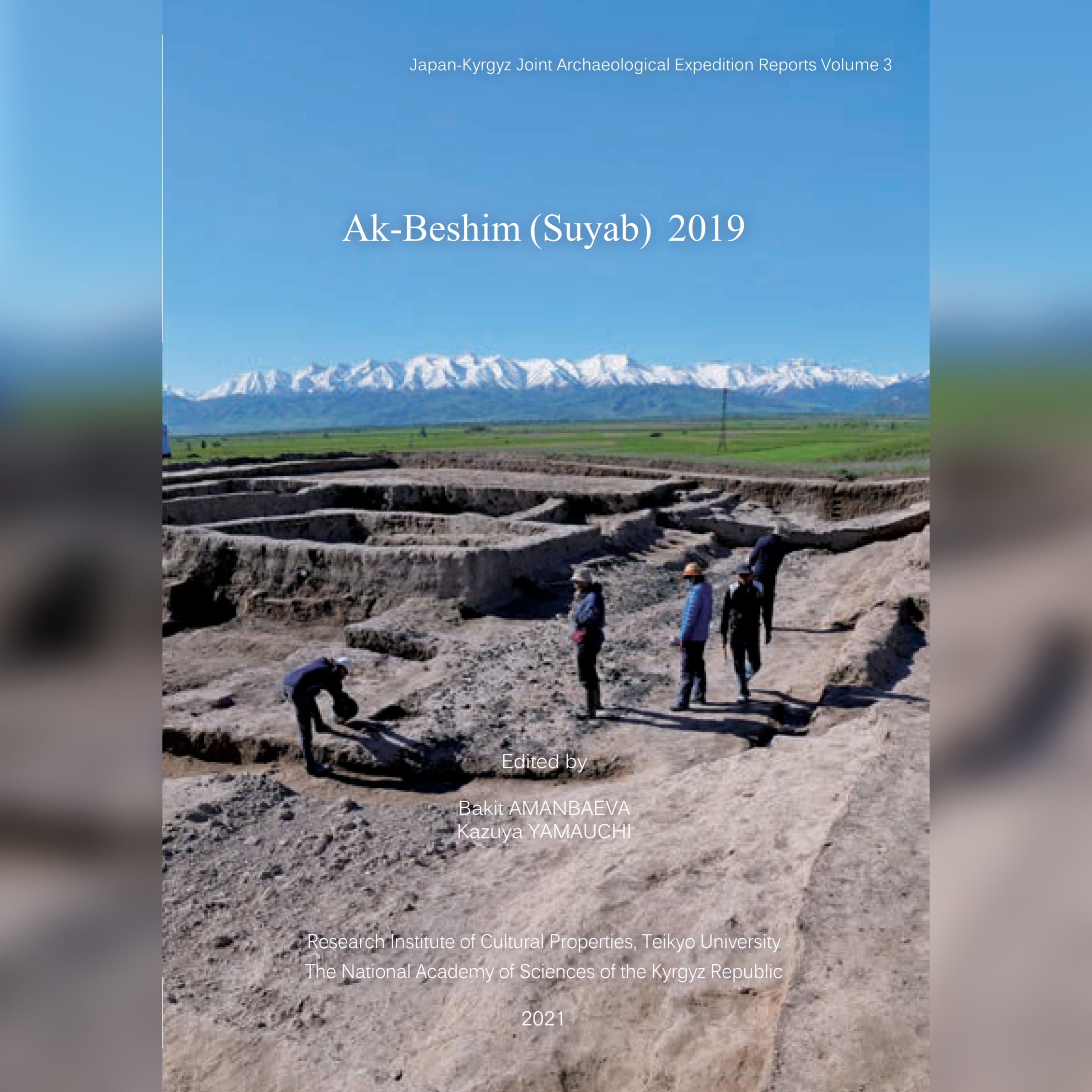 Within the framework of the Memorandum of Understanding signed with Teikyo University (Japan), and based on the partnership relations with the Kyrgyz colleagues (the National Academy of Sciences), IICAS announces the publication of a book titled "Ak Beshim (Suyab) 2019".

The archaeological monument of Ak-Beshim, located in the north of the Kyrgyz Republic, is the remains of a trading town that existed in the 5th-11th centuries. This site is one of the most famous archaeological monuments of Central Asia, and in 2014 it was added to the UNESCO World Heritage List as one of the valued cultural sites ​​of the Chang'an-Tian-shan Silk Roads Corridor.

The site is located approximately 45 km east of Bishkek, the capital of the Kyrgyz Republic. This vast area is located in the east of the Chui Valley, which stretches from east to west, concentrating around the Chui River, near Tokmok. Xuanzang wrote that he visited this place in 630, and the Tang dynasty built the "Suyab Garrison" here as a stronghold for its advancing westwards in the second half of the 7th century.

This archaeological site has been under investigation by Russian and Kyrgyz archaeologists since 1939. Joint research between the National Academy of Sciences of the Kyrgyz Republic and the Teikyo University's Silk Road Scientific Investigation Team has been conducted since 2016.

The publication covers a report on joint research. The research group carried out excavations, GPR surveying, work on classification and conservation of artifacts, analysis of animal bones and seeds. Apart from these activities, radiocarbon dating of the wood coal has was performed.

The artifacts discovered at the Ak-Beshim archaeological site are documented and collected at the National Academy of Sciences of the Kyrgyz Republic. The drawings, photographs and other materials are stored at the Silk Road Academic Research Center, Teikyo University Research Institute of Cultural Properties.

The publication will be of interest to a wide range of individuals interested in archeology and history, as well as science in general.

The electronic version of the book is available for download at the following link:  https://www.unesco-iicas.org/book/135