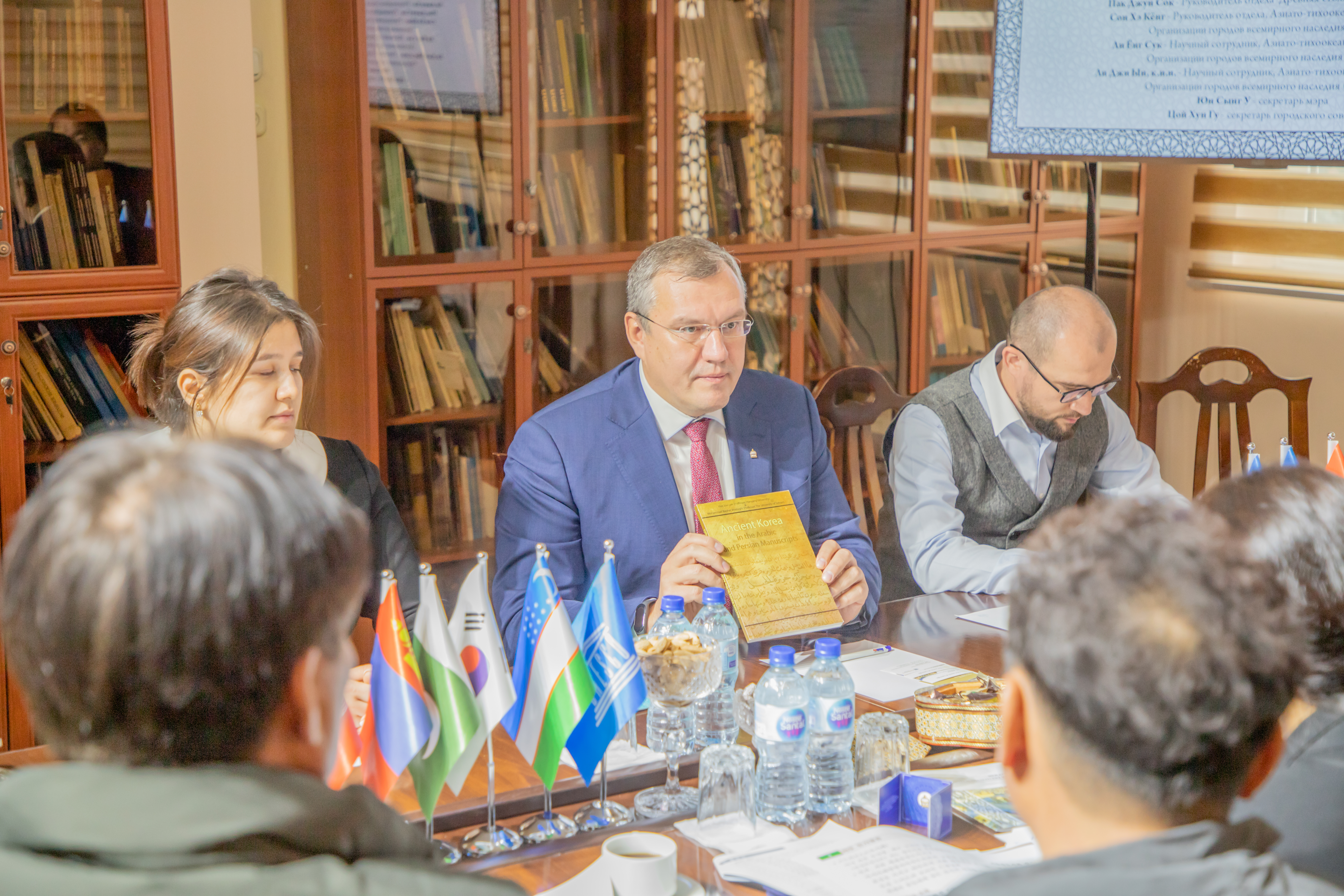 On December 14, 2022, a delegation of the Asia-Pacific Secretariat of the Organization of World Heritage Cities (OWHC), consisting of the Mayor of Gyeongju, Mr. Ju Nak Young, representatives of OWHC, researchers and municipal officials, paid an official visit to the headquarters of the International Institute for Central Asian Studies (IICAS).

The meeting started with welcoming speeches by Mr. Ju Nak Young and the Director of IICAS, Dr. Dmitriy Voyakin. Following the opening part, members of the delegation as well as the staff of IICAS who took part in the meeting introduced themselves. The head of the delegation spoke in detail about the history of the city of Gyeongju, activities in the framework of the protection and promotion of regional cultural heritage, dwelling separately on the historical ties between Korea and Central Asia. The Director of IICAS briefly outlined the main directions of the institute's activities, talked about the history and management structure, and highlighted the key achievements over the past years.

Dr. Lee Ji Eun offered a more detailed introduction to the scope of the Asia-Pacific Secretariat and the organization as a whole. Dr. Lee spoke about the main areas of activity, in particular aimed at building the capacity of young scientists and researchers, as well as regular events held by the organization, including the OWHC World Congress, the 16th session of which is scheduled to be held in 2023 in Quebec, Canada.

In conclusion, the parties outlined the prospects for cooperation between organizations, exchanged memorable gifts.

In a solemn atmosphere, a Memorandum of Understanding on Academic and Research Cooperation was signed by the parties. 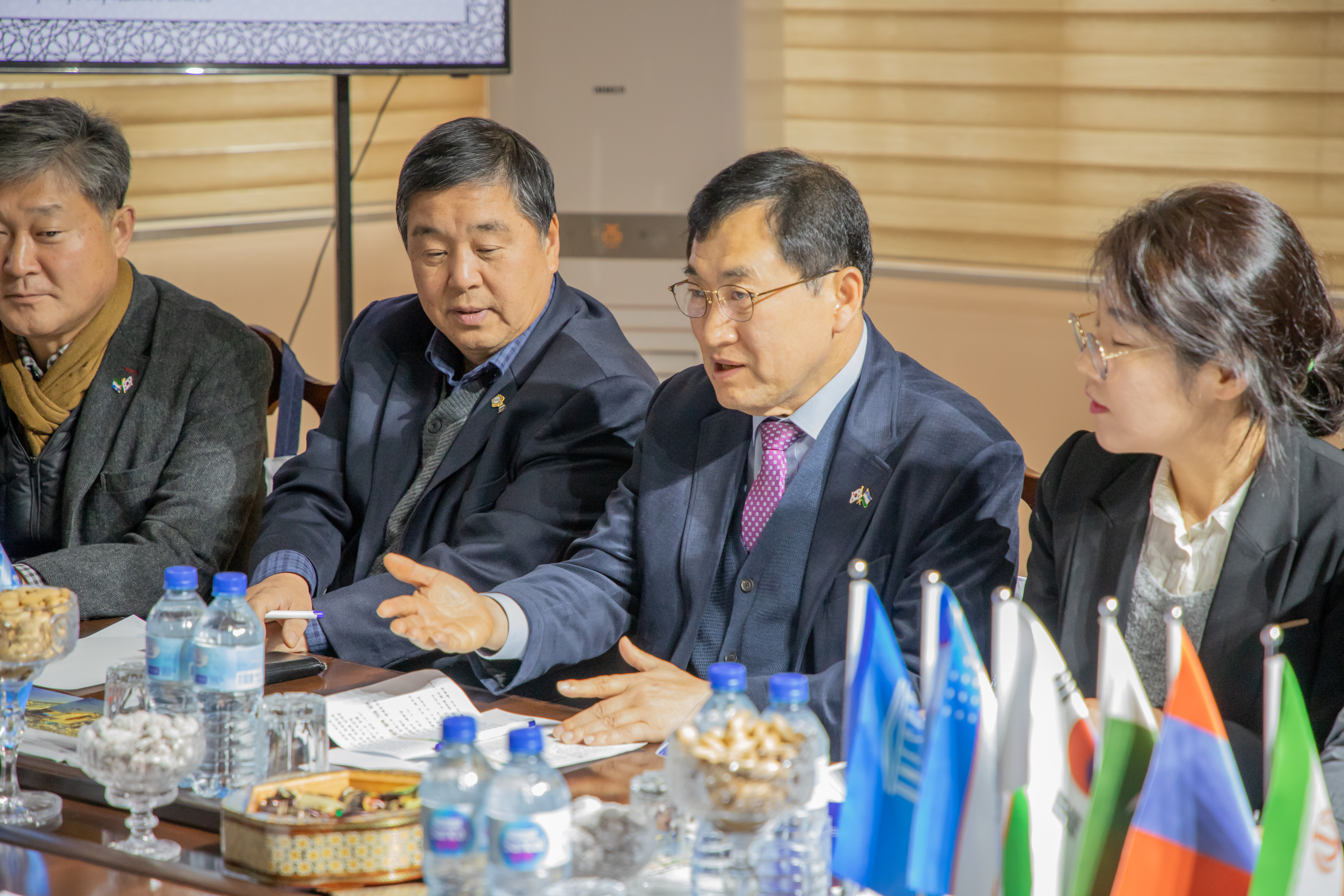 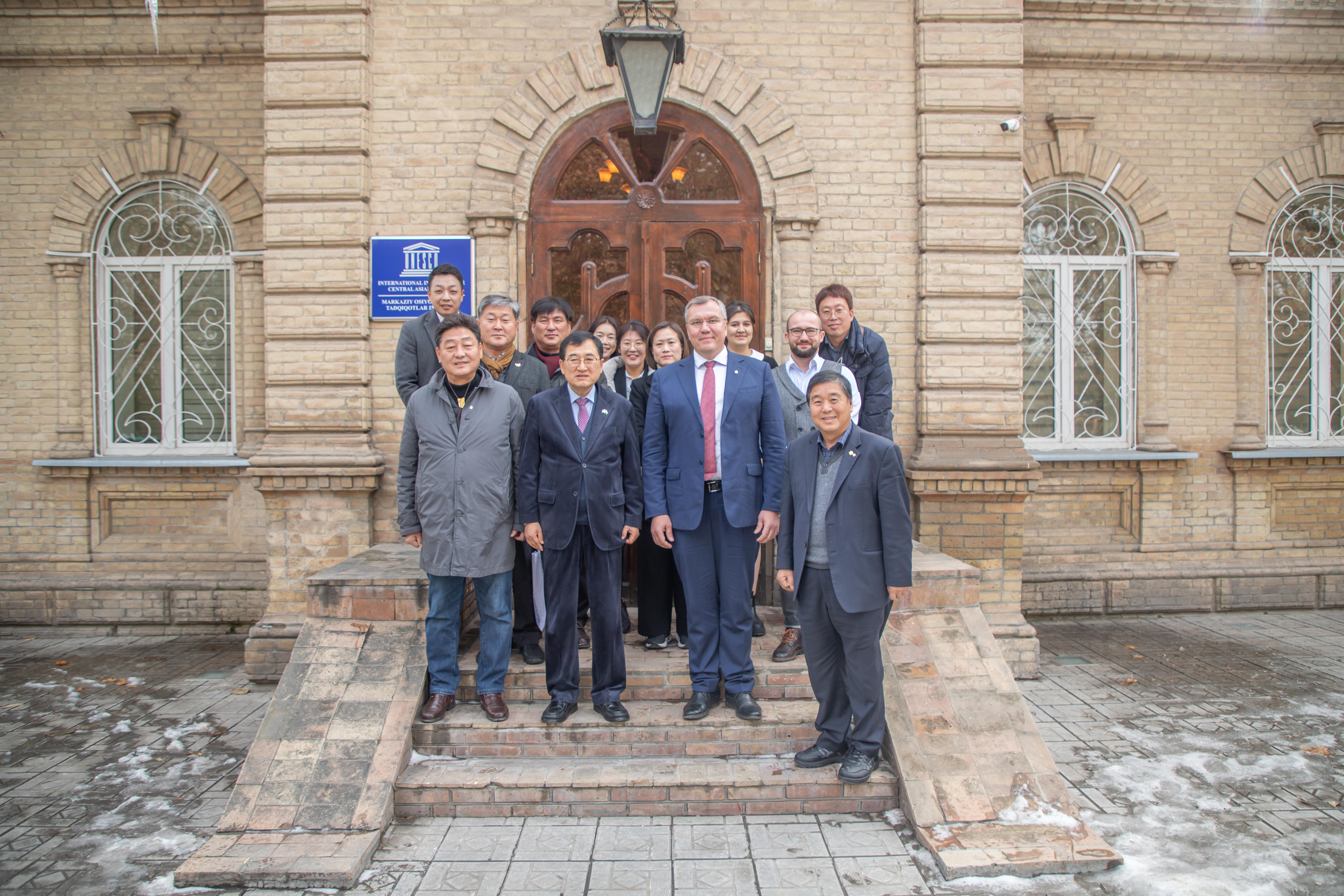