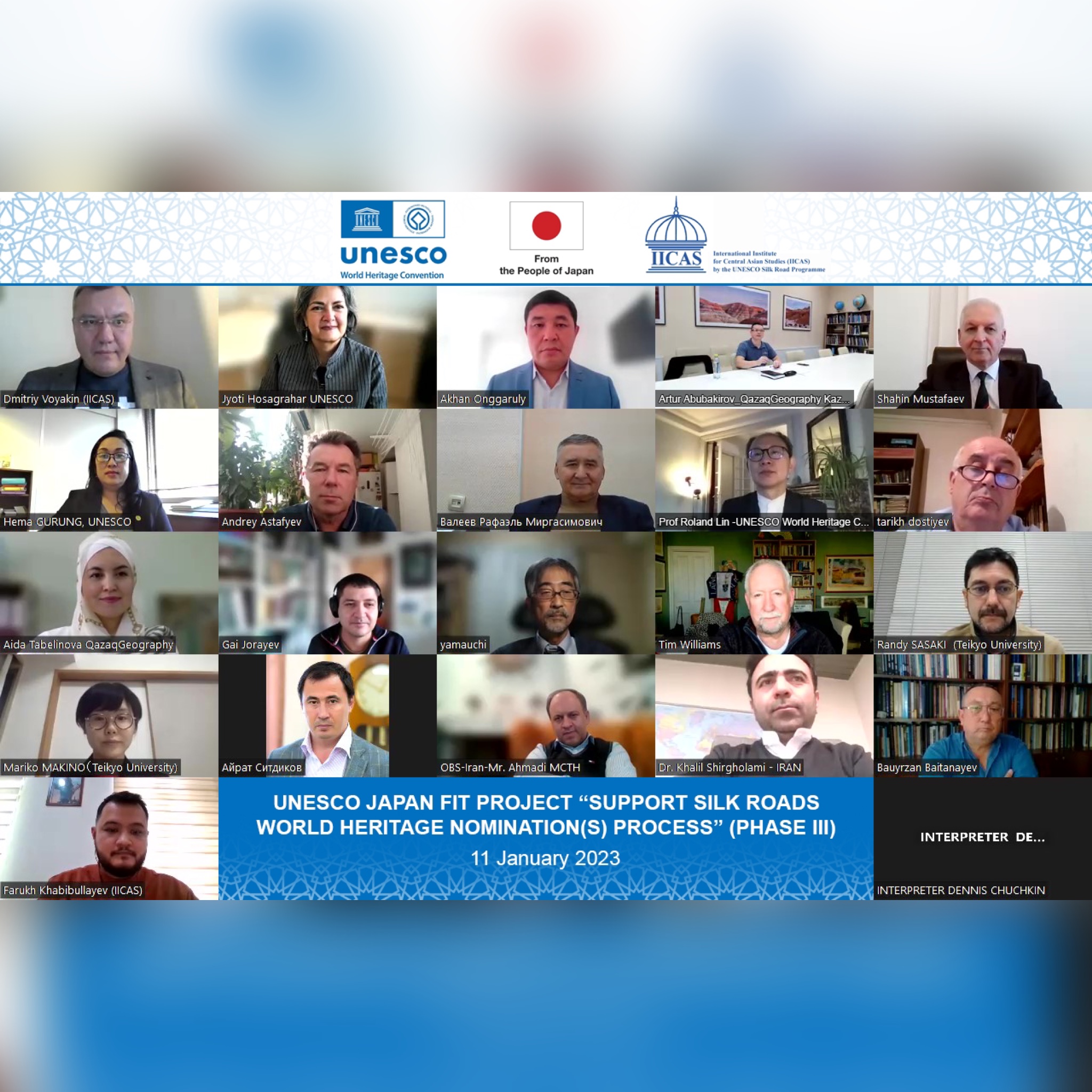 The meeting was organized jointly by the UNESCO World Heritage Centre and the International Institute for Central Asian Studies (IICAS).

The event was attended by representatives of the UNESCO World Heritage Centre, Teikyo University, University College London (UCL), IICAS and 2 experts from each participating state, as well as invited international experts.

The participants discussed issues of international cooperation in the preparation of the Serial Transnational Nomination "Silk Roads: Volga-Caspian Corridor".

During the meeting, the resolution adopted following the outcomes of the International Symposium on "Expanding the horizons of cooperation between the countries of Central Asia, Azerbaijan and Türkiye: the Silk Road - Serial Transnational UNESCO Nominations" was presented, and the possibilities of presenting the results of activities on the Volga-Caspian segment of the Silk Road at the 7th Meeting of the Coordinating Committee on the World Heritage Serial Transnational Nomination of the Silk Roads were considered.

In the final session, the experts discussed the strategy for further actions to implement the Project.