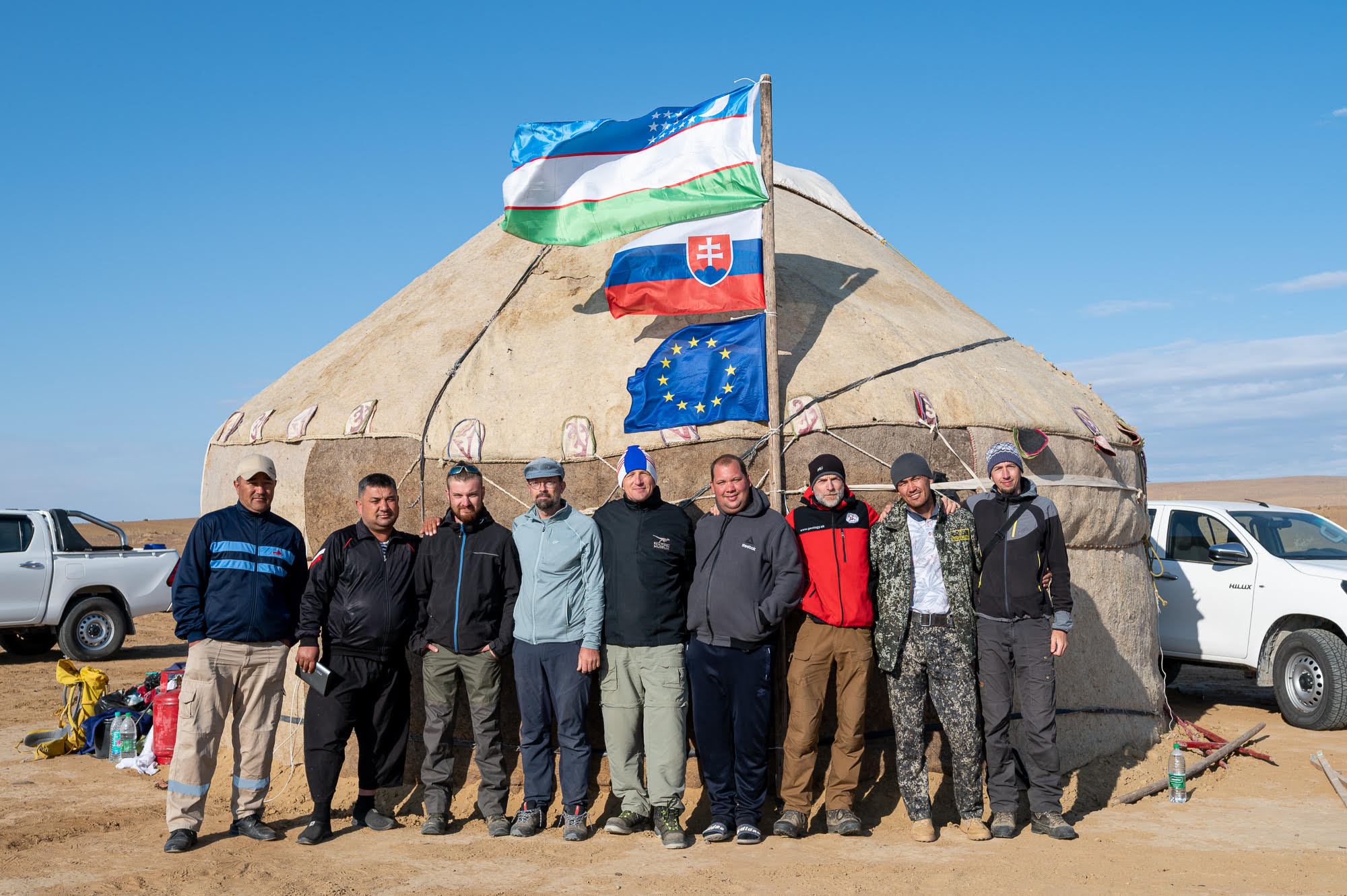 Associate Professor Martin Kundrát, Senior Researcher of the Centre of Interdisciplinary Biology of Pavol Jozef Šafárik University in Košice (UPJS) and head of the international research group on evolutionary biodiversity, expands the geographical scope of his activities in Asia. After successful expeditions in Siberia, Inner Mongolia and Iran, he carried out another research expedition, this time in Central Asia. An international science team led by him visited the center of the vast Kyzylkum desert in September and October this year. In challenging conditions, a unique prehistoric ecosystem with rich biodiversity 90 million years old has been discovered.

"This site is an impressive evolutionary laboratory. Its biodiversity provides us with an exceptional opportunity to study the relationship between climate change and biodiversity on a large scale," Kundrát said.

Martin Kundrát has been working intensively since 2016 to prepare this extensive research project, the first of its kind in Slovak history. With the support of JUDr. Ján Bory, the Special Ambassador of the Slovak Republic for Uzbekistan, Tajikistan and Turkmenistan, the project "Prehistoric Silk Road" acquired real contours this year. Intensive bilateral negotiations, presentation of the project, signing of the Memorandum of Cooperation by the Rector of UPJŠ in Košice, Prof. RNDr. Pavel Sováka, CSc., Director of the State Geological Museum in Tashkent, A. S. Akhmeshaev, and Director of the International Institute for Central AsiaticStudies UNESCO in Samarkand, D. Voyakin, laid grounds for this large-scale paleontological project.

Martin Kundrát appreciates the support of the Institute of Earth Sciences of the Slovak Academy of Sciences (IES SAS) and the State Geological Institute of Dionýz Štúr (SGIDS), which allowed him to assemble a team of Slovak experts. His university research group, composed of doctoral and postdoc students from France, Peru and Iran, which he created after returning to Slovakia, as well as extensive foreign cooperationwith renowned institutions such as the Japan Synchrotron Radiation Research Institute (SPring-8), the University of Bristol and others, offer exceptional research conditions for doing high quality research on a global scale. This international working team has launched a long-term project to explore fossilised tissues as a source of assessing paleotemperatures, the adaptive capabilities of extinct animals and their distribution, and understanding events of local and mass extinction due to climate change, volcanic activity or Earth's collision with the space object.

This project is funded by the Slovak Reseaerch and Development Agency , Pavol Jozef Šafárik University in Košice, International Institute of the Central Asiatic Studies UNESCO, and the project implementation has been also supported by major Uzbek companies ERIELL and CHIRANA ASIA.

A second expedition caravan to the Kyzylkum Desert is currently being prepared...