Political and cultural genesis of medieval Kyrgyzstan and neighboring countries: new views and perspectives of study 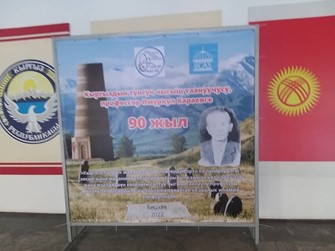 Political and cultural genesis of medieval Kyrgyzstan and neighboring countries: new views and perspectives of study

On November 17, 2022, the National Academy of Sciences of the Kyrgyz Republic hosted an international scientific conference "Political and cultural genesis of medieval Kyrgyzstan and neighboring countries: new views and perspectives of study", dedicated to the 90th anniversary of the prominent Kyrgyz orientalist Omurkul Karaev (1930–2002). The event was organized by the Department of the History of Kyrgyzstan from Ancient Times to the End of the 19th Century and the Center for Cultural Heritage of the Dzhamgerchinov Institute of History, Archeology and Ethnology of the National Academy of Sciences of the Kyrgyz Republic with the financial support of the International Institute for Central Asian Studies (IICAS).

Omurkul Karaev was one of the first orientalists in Kyrgyzstan who made a significant contribution to the study of medieval sources, the ethnic history of the Kyrgyz and the formation of medieval states on the territory of Kyrgyzstan.

The conference covered the most relevant topics on the history of Kyrgyzstan and neighboring countries in the Middle Ages, contributing to their comprehensive understanding and the use of an integrated approach in the study of the ethno-political and cultural processes of our region in this historical period. These matters were in the focus of Prof. Karaev.

The organizing committee received more than 40 scientific reports from Russia, China, Turkey, Uzbekistan, Kazakhstan and Kyrgyzstan, 30 of which were selected for the conference.

In the resolution adopted at the conference, the participants noted the necessity to strengthen measures aimed to promote fundamental scientific works in the field of history, source studies and archeology of Central Asia. It was further suggested to pay special attention to an interdisciplinary approach in the study of the history of the Middle Ages and intensify activities to expand international cooperation in this area through the interaction of researchers from different institutions in the format of conferences, seminars, round tables, as well as in working with sources. Conference proceedings will be published based on the results of the event. The participants also noted the high scientific level of the conference, adequate organization and expressed their gratitude to the Directorate of IICAS. 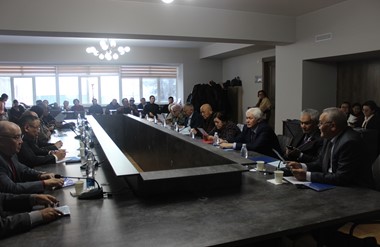 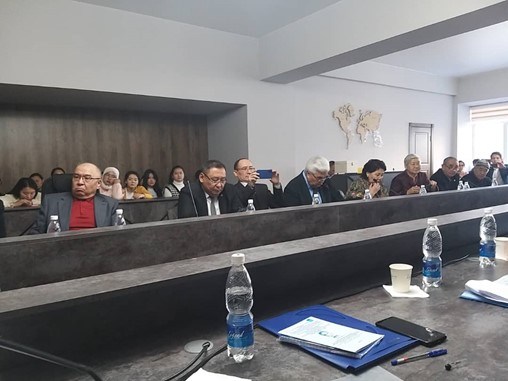 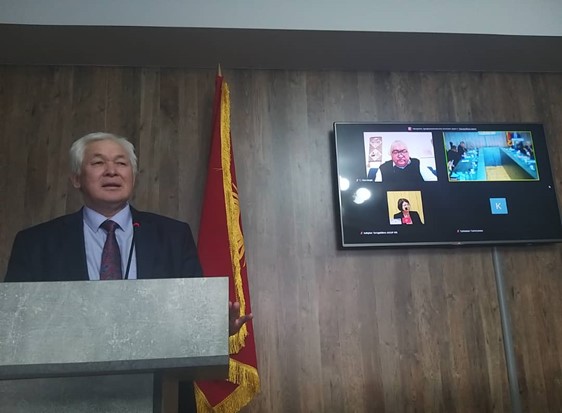