The “HIA Report for the proposed Tourism Service Complex located in the proposed Buffer Zone of Rabati Malik Caravanserai and the Sardoba, Uzbekistan 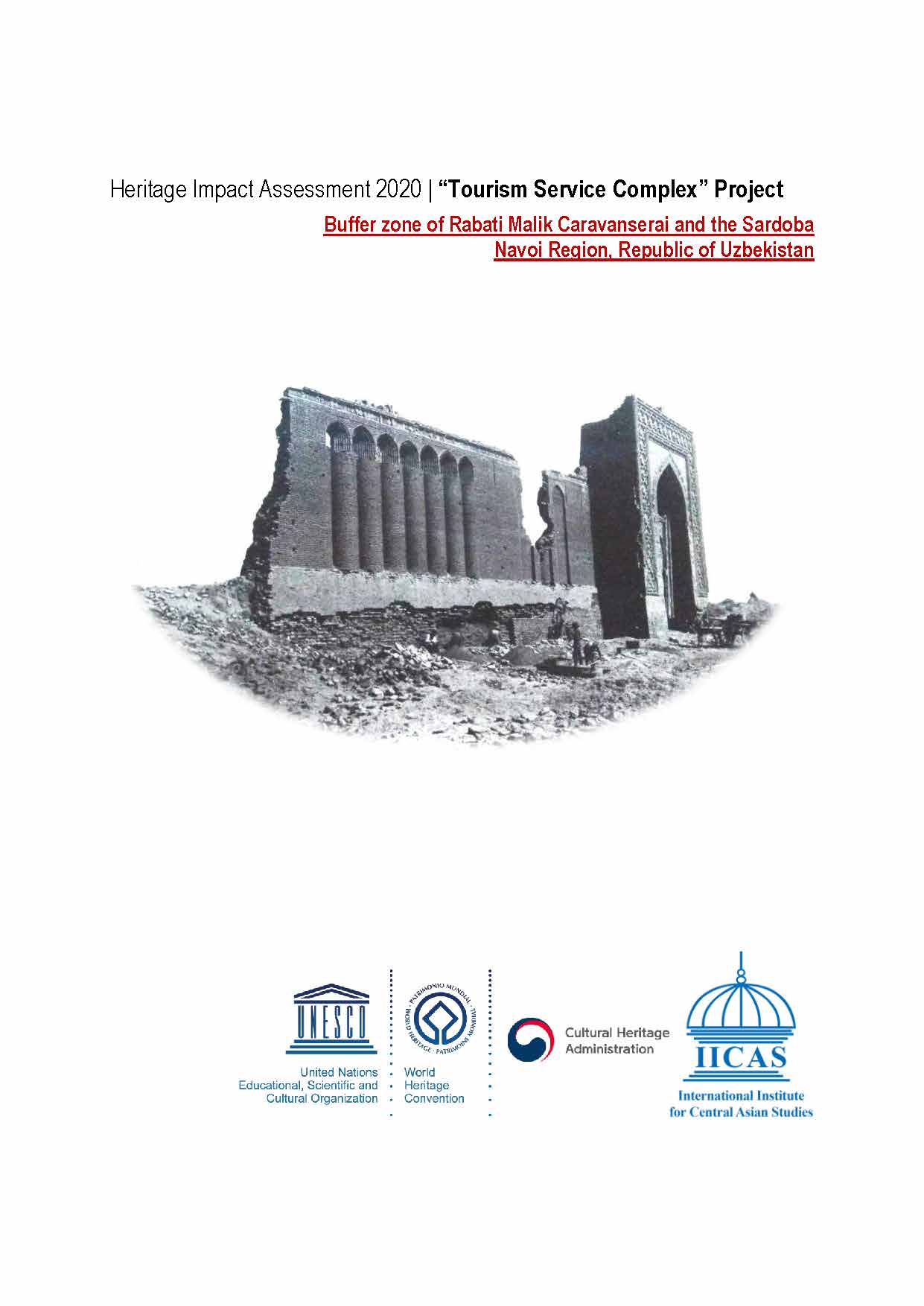 The “HIA Report for the proposed Tourism Service Complex located in the proposed Buffer Zone of Rabati Malik Caravanserai and the Sardoba, Uzbekistan


The report that presents the outcome of the HIA was prepared by an interdisciplinary team of international and local experts in consultation with regional authorities and the developer. The study, which employed a number of methods and approaches, including the desk study and archival research, field study, consultations and computer-aided assessment, was aimed to ensure that the architectural design, location and the function of the proposed development respects the values of the nominated cultural heritage properties. Key consideration and the background of the project were also presented in " Introduction". In "Site History and Description. Background" the historic background and the development of the Caravanserai of Rabati Malik and the Sardoba, including the evolution of the function and the setting of the properties since 11th century. The values and attributes of the site as a property placed in the UNESCO World Heritage Tentative List since 2008 and a component of the Silk Roads: Zarafshan-Karakum Corridor serial transnational World Heritage Nomination were identified. The proposed project was initiated to the regional tourism promotion campaign launched in 2017 with a Presidential Resolution No. PP-3217 dated 16 August 2017 was reviewed to see how the proposed project might support the advancement of the tourism infrastructure and promote the Navoi region as a tourism destination. Examination of the management system of the property and the regulatory framework revealed that the property is protected by national laws and regulations, and any changes to the nominated property itself or its Buffer Zone shall be coordinated both at national and international levels. The team: Prof. Yukio Nishimura is an expert in conservation planning, physical urban design and public participation in planning / Dr. Arch. Ona Vileikis is an architect and heritage specialist / Dr. Dmitriy Voyakin is a UNESCO international expert / Sukhrob Babaev is an archaeologist, heritage lawyer and management specialist / Alim Feyzulayev is an architect, specializes in conservation and heritage management / Farukh Khabibullayev is an architect, specialist in advanced computer technologies in archaeology