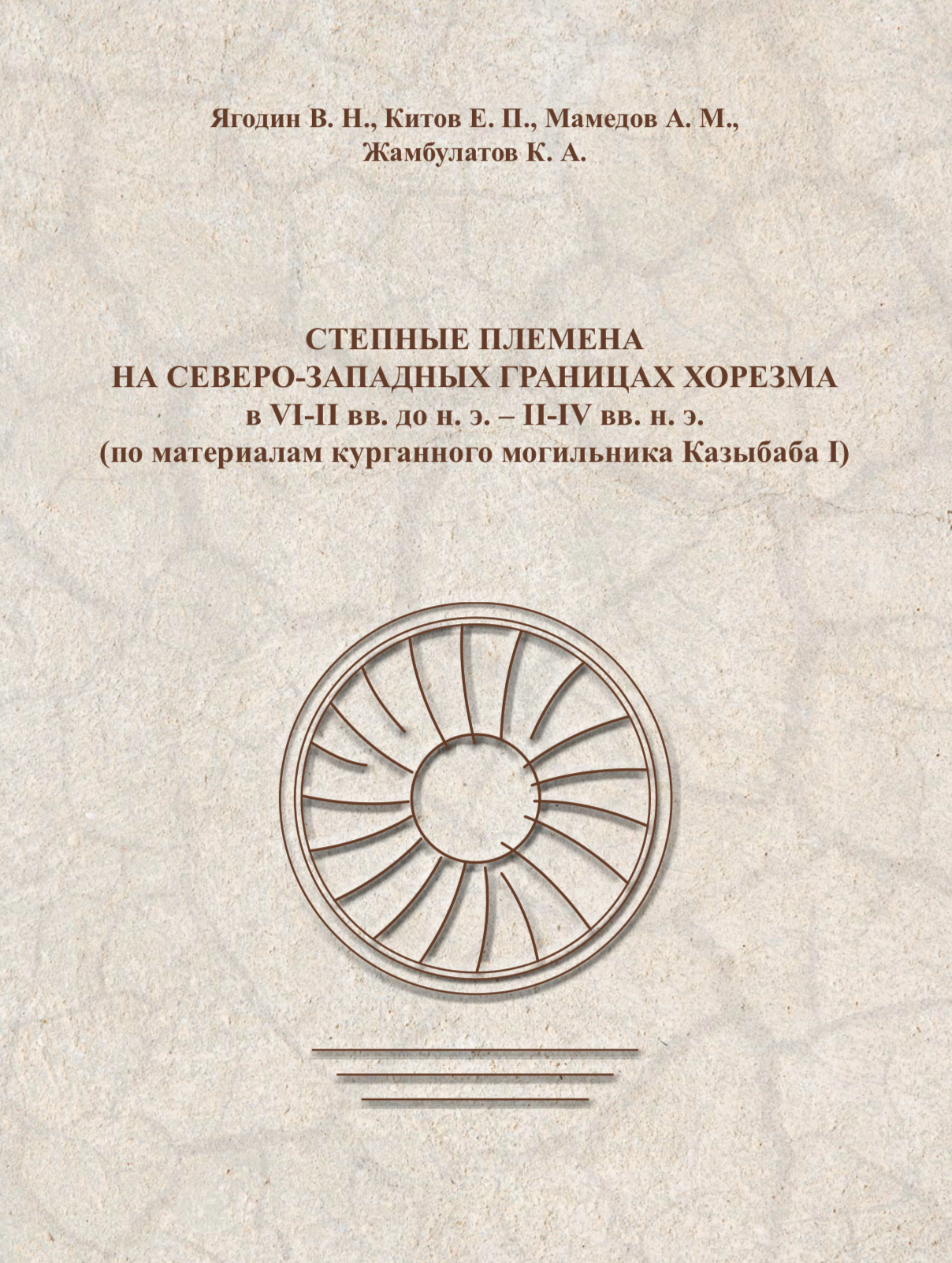 
On the border area between Uzbekistan and Turkmenistan, there was the burial ground of Kazybaba I, which is currently the largest of the completely excavated early nomadic burial grounds (from Sauromatian to late Sarmatian time) on the territory of Ustyurt. The remarkable archaeologist Vadim Nikolaevich Yagodin was engaged in excavations of the monument in 1988-1990. As a result of these works, significant archaeological and anthropological material was gathered, which Vadim Nikolayevich did not have time to bring into academic circulation.Another generation of researchers - E. P. Kitov, A. M. Mamedov and K .A. Zhambulatov studied the material from the necropolis stored in the Department of Archaeology at the Institute of Humanities, Karakalpak Branch of the Academy of Sciences of the Republic of Uzbekistan, which resulted in the monograph Steppe Tribes on the North-Western Borders of Khorezm from the 6th-2nd Centuries BCE to the 2nd-4th centuries AD (Based on Materials from the Burial Mound of Kazybaba I) published on the basis of the achievements of Vadim Nikolayevich and with the financial support of the International Institute for Central Asian Studies. The significant period between the study of the site and the publication of the monograph made it possible for the authors to more fully analyse the available material against the backdrop of the Sauromatian-Sarmatian monuments in the arid zone of Eurasia.