SALALAH GUIDELINES FOR THE MANAGEMENT OF PUBLIC ARCHAEOLOGICAL SITES 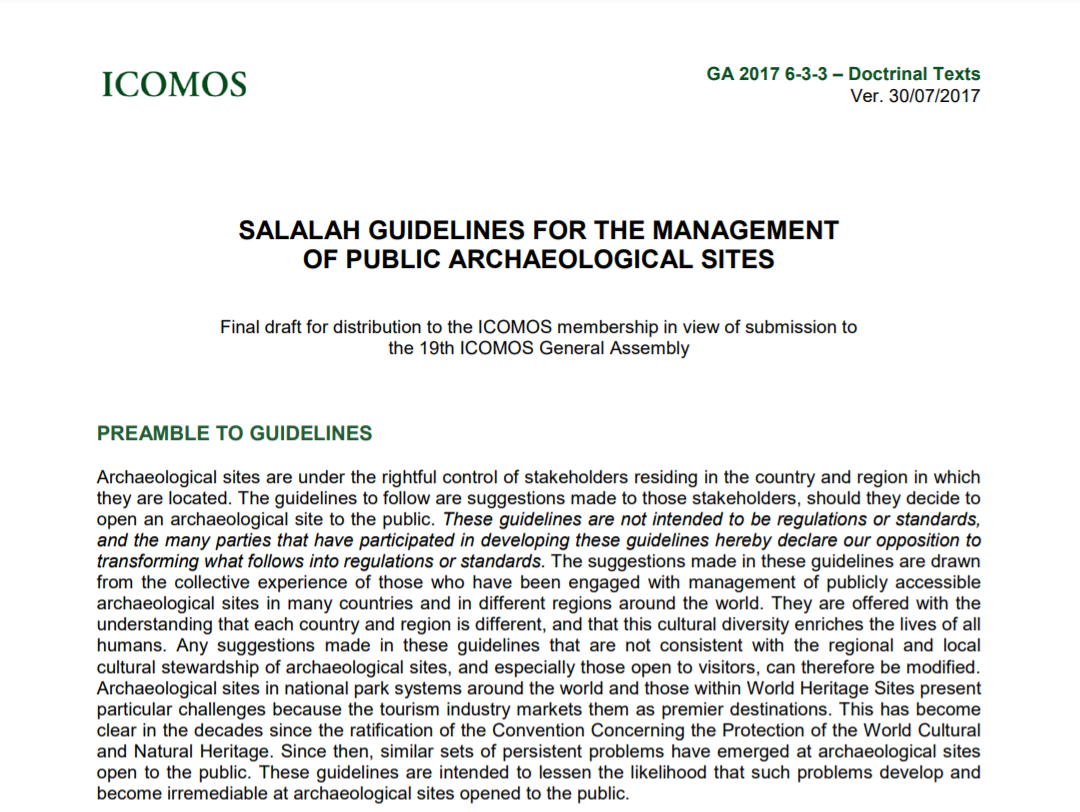 SALALAH GUIDELINES FOR THE MANAGEMENT OF PUBLIC ARCHAEOLOGICAL SITES


In 2017, the Salalah Guidelines for the Management of Public Archaeological Sites were finalized and the final draft was circulated to ICOMOS members before the 19th ICOMOS General Assembly. The Guidelines, incorporating part of the Recommendations of the First International Conference of ICOMOS on Archaeological Parks and Sites, held on 23-25 ​​February 2015 in Salalah, Sultanate of Oman, have become one of the most authoritative documents containing principles for the organization and functioning of archaeological parks.