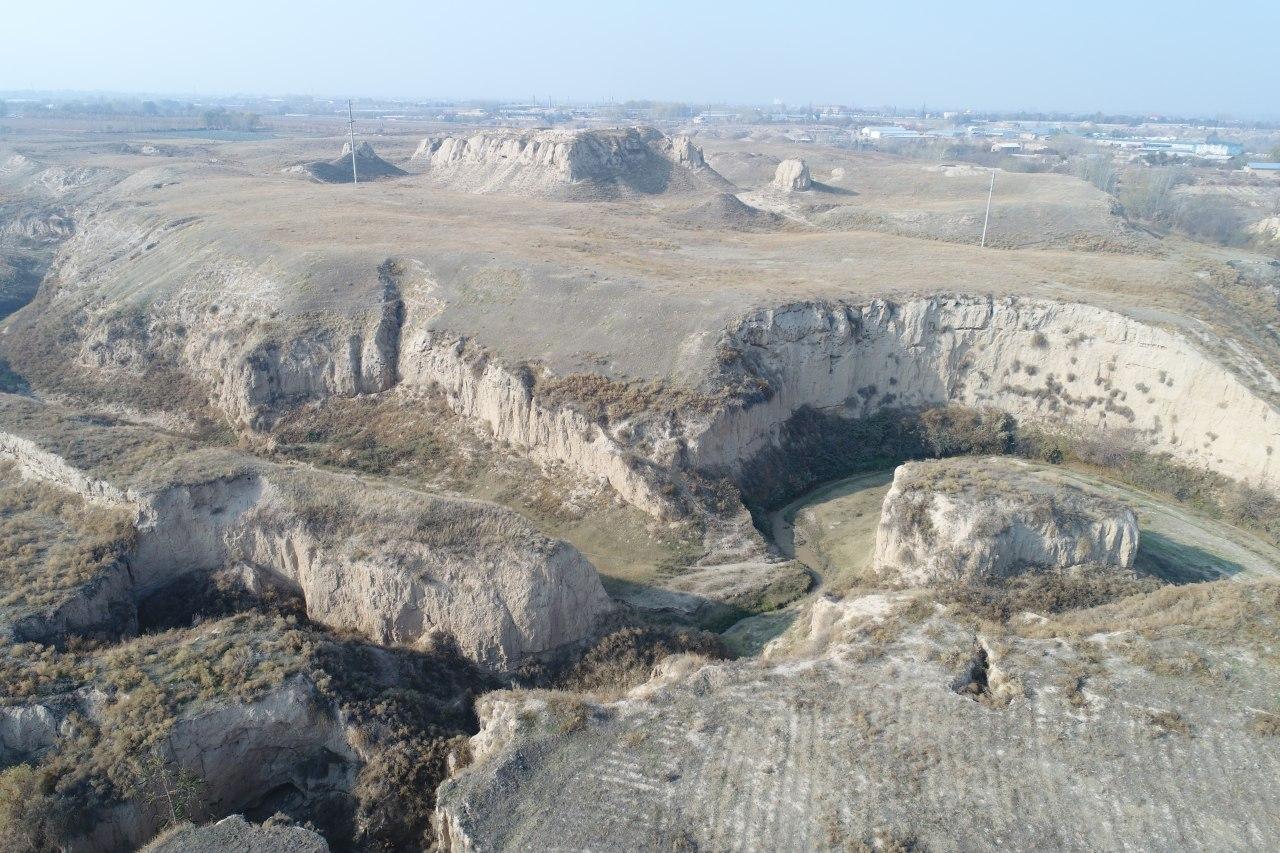 The site of Kafirkala is located on the left bank of the Dargom canal, on a hill overlooking the surrounding area.

The site of Kafirkala is located on the left bank of the Dargom canal, on a hill overlooking the surrounding area.

The settlement has a three-part division and includes a citadel-palace, a shakhristan, a rabad adjoining it from the west, towers and fortress walls.

The citadel of Kafirkala is large in size and almost square in shape. Its dimensions at the base are 76 × 76 m (at the top 58 × 58 m), with a height of 20-25 meters. It is inscribed in the shakhristan and is separated by a moat and an outer (second) defensive line of rectangular towers along the outer border of the moat. The only entrance to the citadel was located in the center of the southern facade, the outer side of it was marked by a portal.

A large courtyard (40x40m) with aywans around the perimeter was in the core of the monumental-palace complex. The roof of the palace was supported by multiple wooden columns. The interior was richly decorated with wood carvings, as evidenced by numerous wooden beams and planks damaged by fire. As a result of a large fire, the columns, beams and bases of the columns burned down. Until recently, only the southern part of this large aywan type building was studied. The remaining structures comprised the central entrance and the bases of the columns (only the bases survived).

Shakhristan is quadrangle in shape with each side 360 m long. It is separated from the citadel by a moat and an outer (second) defensive line of rectangular towers along the outer border of the moat. To the south of the shakhristan, along the edge of the ravine, a chain of burial structures – naus once approached. To the east of the shakhristan, behind the riverbed of Ilansai river, a quarter of potters was discovered.

The ancient site of Kafirkala and the data obtained in the course of the survey have repeatedly attracted the attention of researchers, and, moreover, were repeatedly used for wider reviews and publications on the craft and art of Sogd. Special focus was given to the ceramic craft (Grigoriev, 1946; Marshak, 2012) and spiritual culture (Meshkeris, 1989). An important outcome of the research at Kafirkala was a great number of artifacts of tremendous historical and cultural significance. The numerous fragments of ceramics, coins and finds from stone, bronze, iron and wood located in the course of archaeological surveys, which date back to the early Middle Ages, reveal the material culture of the Sogdians, the degree of development of the technologies and skills, the main directions of cultural and trade links.

Documentation of the site within the framework of drafting the nomination dossier "The Great Silk Road: Zarafshan-Karakum Corridor", the following data was collected: 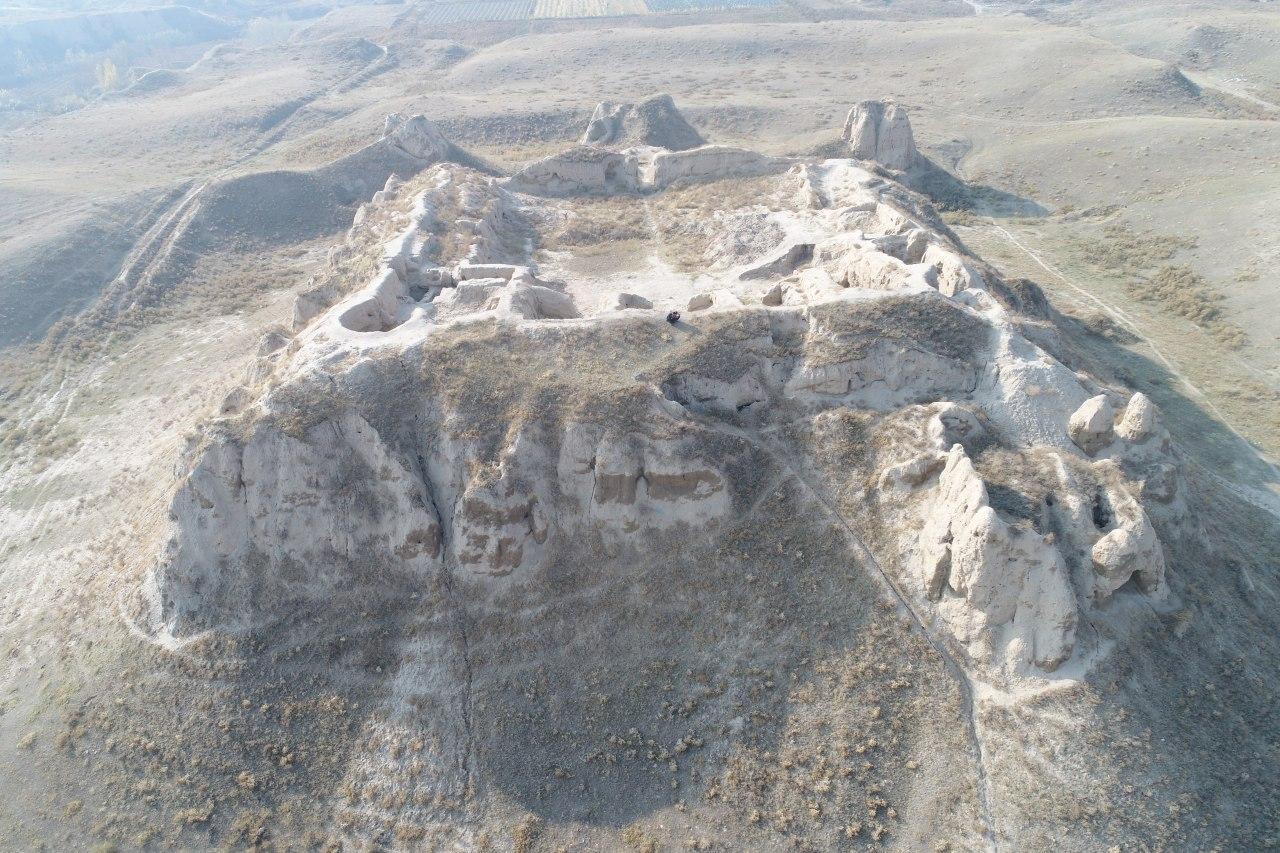 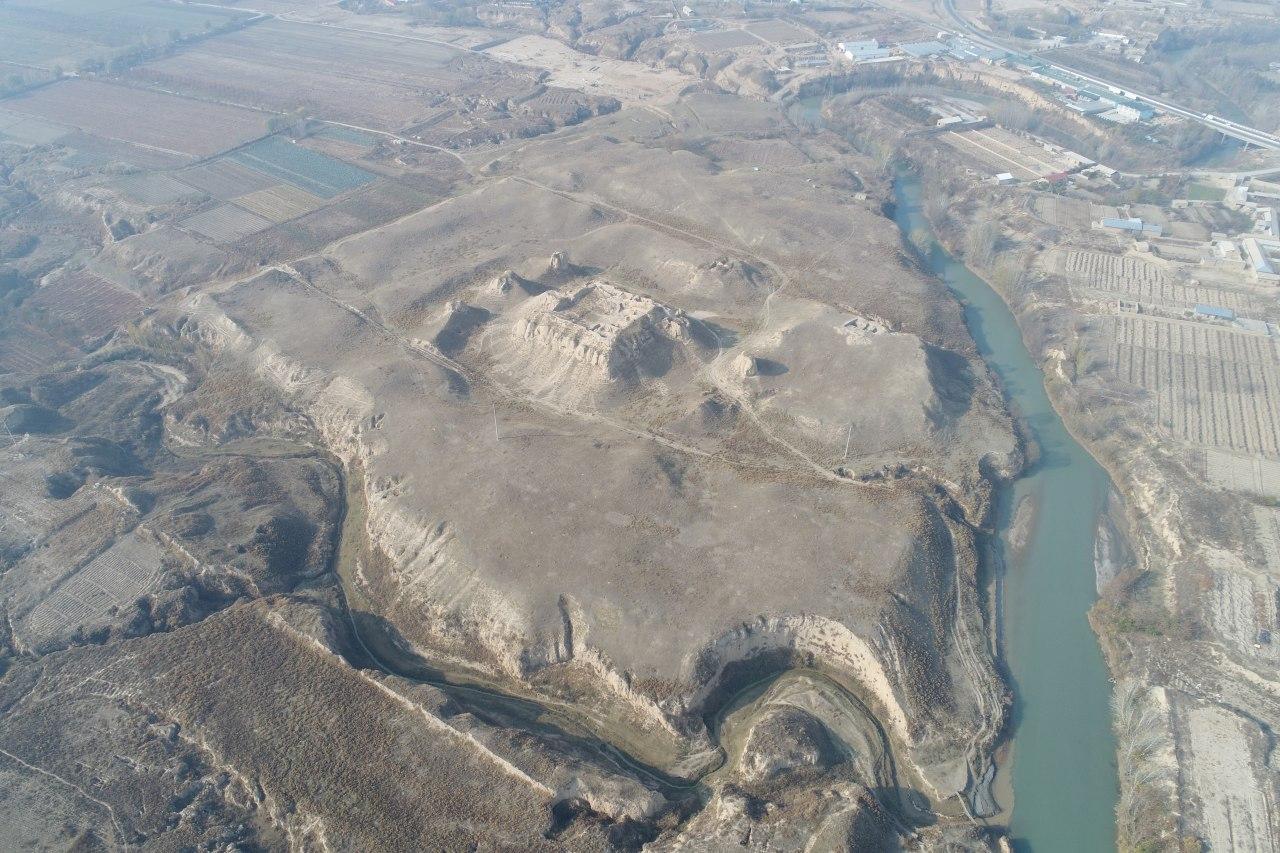 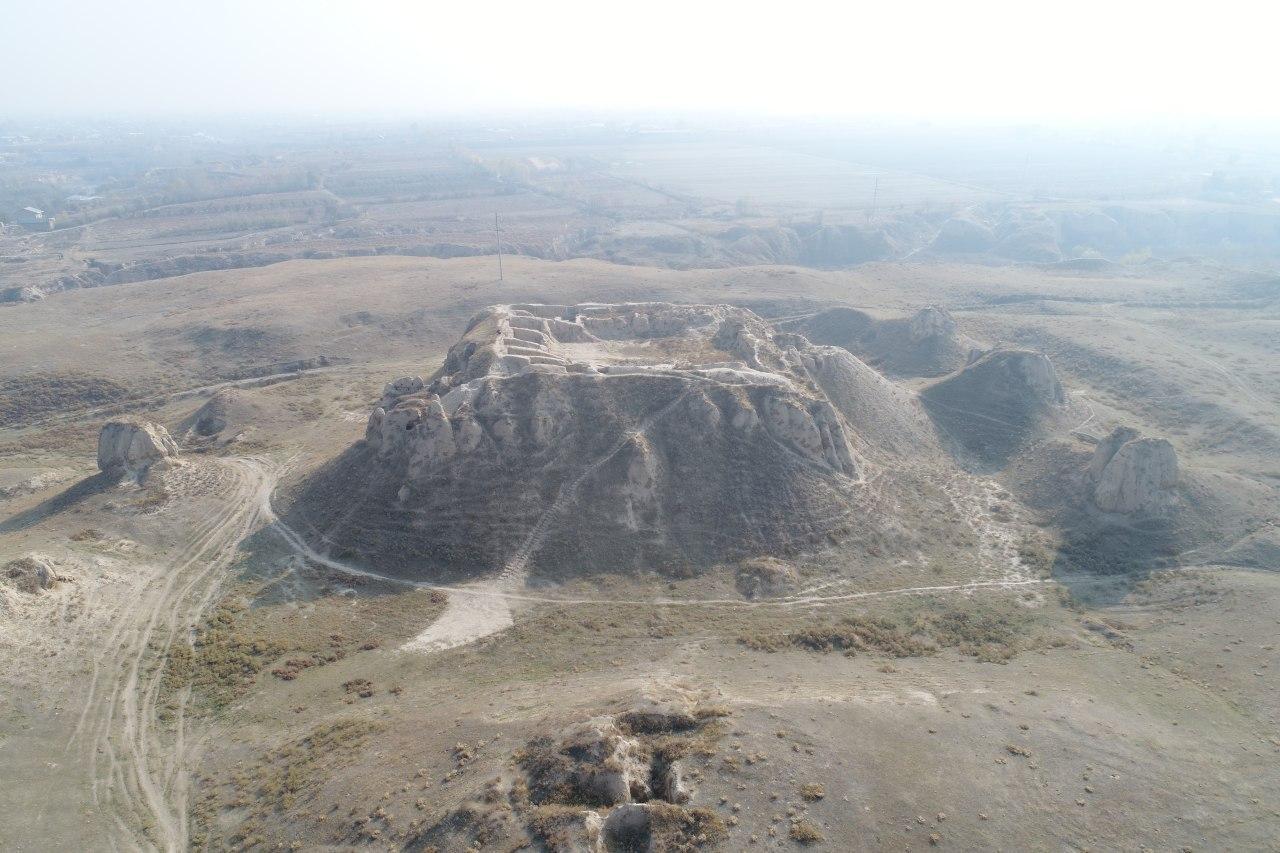 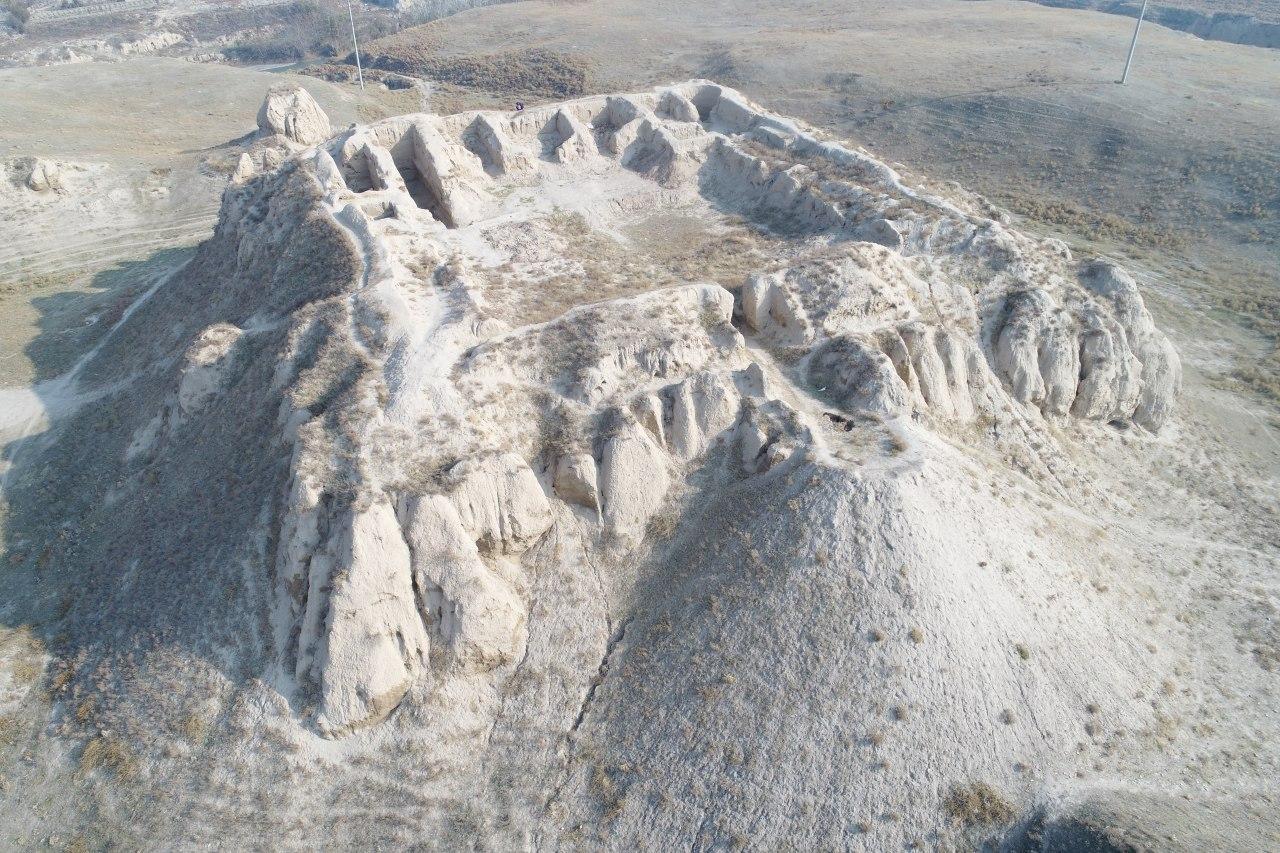