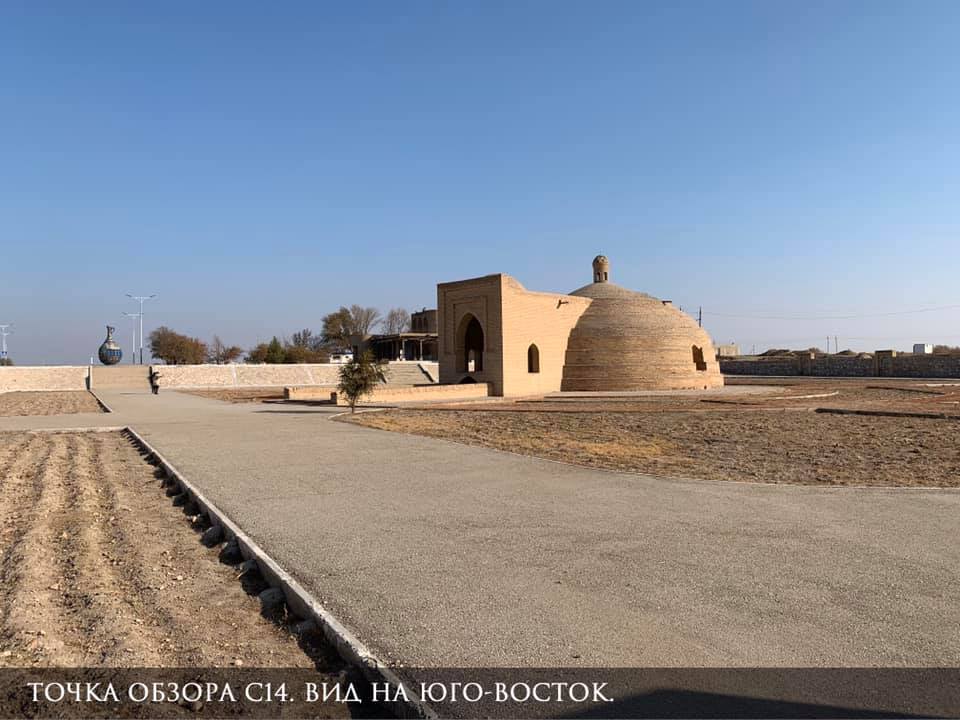 Rabati Malik was built in the 1070s by the Karakhanid ruler Shams al-mulk Nasr ibn Ibrahim (1068-1080) and reconstructed in the first quarter of the XII century by another Karakhanid ruler Arslan-khan Muhammad ibn Sulayman (1102-1130).

Caravanserai. Rabati Malik was built in the 1070s by the Karakhanid ruler Shams al-mulk Nasr ibn Ibrahim (1068-1080) and reconstructed in the first quarter of the XII century by another Karakhanid ruler Arslan-khan Muhammad ibn Sulayman (1102-1130).Apart of the main front side, the interior part of the building was destroyed and covered with the soil. An auto-road that separated the sire on two parts was built in the second half of the XX century. In the 30s of the XX century it was possible to see a significant part of the main front side with the walls decorated with flat ogival niches and corrugations on the sides of the massive entrance portal. Its corners were flanked by the "guldasta" towers. The entrance portal was beautifully decorated. Its U-shaped frame was decorated with the brickwork in the form of octagonal stars with the inserts of carved ganch, and the ogival arch of the entrance niche was surrounded by a terracotta inscription in the Arabic script.Sardoba. Three dozen meters from the portal of Rabat-i Malik, there is an ancient water source – sardoba, which has the same age as the caravanserai. Sardoba is a cistern covered with a dome to collect and store water. Sardoba Malik had a dome with an inner diameter of 13 m and its cistern of the round form in plan was lowered into the ground by 6 m.In the overground part, there are four arched windows that illuminate the interior part. The apertures are located along the sides of the world. On the north side, under the window, there is an arched passageway leading to the interior part. It is accessible by an inclined corridor coming from the ground surface. It is decorated with a rectangular entrance portal. The wall thickness of the foundation is 1 m, the height of the whole dome is 11 m. At the end of the XX century Sardoba was completely renovated to reacreate its original dimension and plan.The complex of the caravanserai and sardoba of Rabati Malik of XI-XII centuries is unique not only for the Central Asia, but also in the entire Muslim East, as it represents a preserved example of the ancient structures built along the routes of the Great Silk Road. The caravanserai is one of the largest structures of this type in Central Asia and has a continuous connection with the ancient construction traditions representing a new style characterizing the feudal period. The Rabati Malik caravanserai is remarkable because of its impressive volumes and forms. The semi-fortress nature and developed design of the caravanserai built in the XI century, is characterized by its antiquity and uniqueness among the similar structures along the Great Silk Road.Sardoba Malik is a hydrotechnical engineering structure covered semi-underground water reservoir. It is one of the oldest and largest structures of this type in the Central Asia. The water supply system of Sardoba and Rabati Malik caravanserai is a unique and outstanding example of human interaction with the environment, infrastructure and technological development. The inclusion of these sites in the list of components of the UNESCO nomination of the Silk Roads will reveal the functional diversity, rich history and ancient architectural traditions of Maverannahr. The inclusion of this complex in the UNESCO nomination also has a high practical value as it will serve for its competent restoration and preservation, maintaining its authenticity and popularization.In order to prepare the documentation on this site within the nomination dossier "Silk Roads: Zaravshan-Karakum Corridor" the following materials were collected:• 713 photos (including detailed aerial photos of facades and roofs of the architectural elements, perspective and artistic aerial photos, panoramic photos, as well as images revealing the visual access points in the context of urban environment on the human eye level);• 5 video overflights that give a complete view of the size of the site and the city-planning (urban) context;As a result, the following results were obtained:• detailed orthophotomosaic and 3D-model of the territory of the site, where it is possible to visually identify the architectural, infrastructure, household and other elements in details;• Digital Elevation Model (DEM), which provides the most complete assessment of the urban and natural landscape features, as well as a detailed topographic map of the area;• detailed 3D-models of the architectural sites, fully transmitting the entire spectrum of visual perception, as the object as a whole, and its particular elements (documentary accuracy of the form and geometry in real time with geo-referencing, high-resolution texture, allowing a visual assessment of the smallest details, etc.) 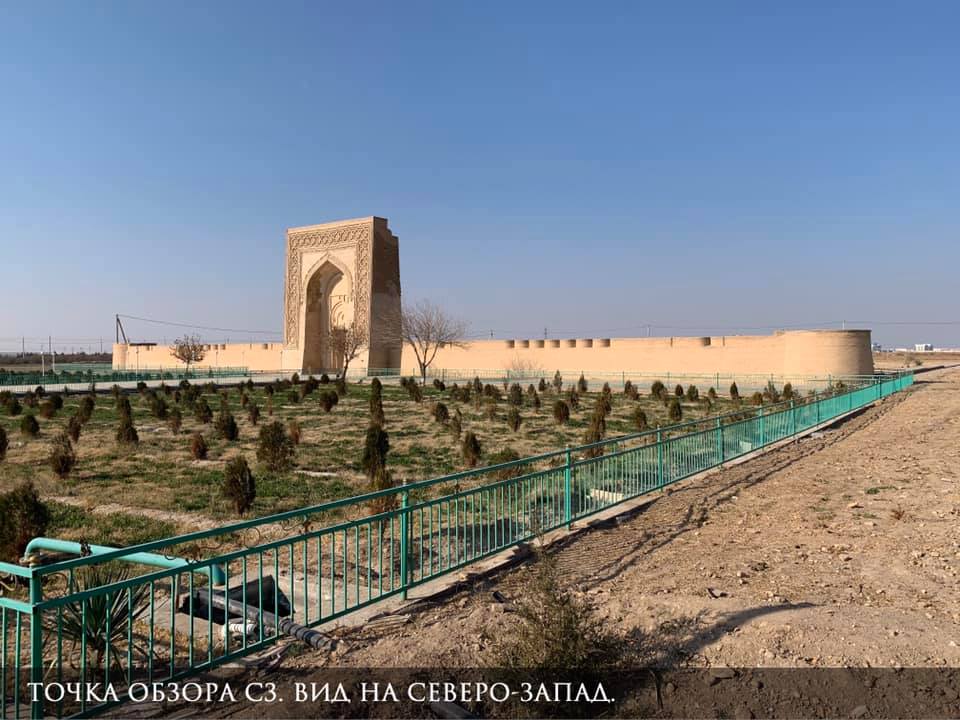 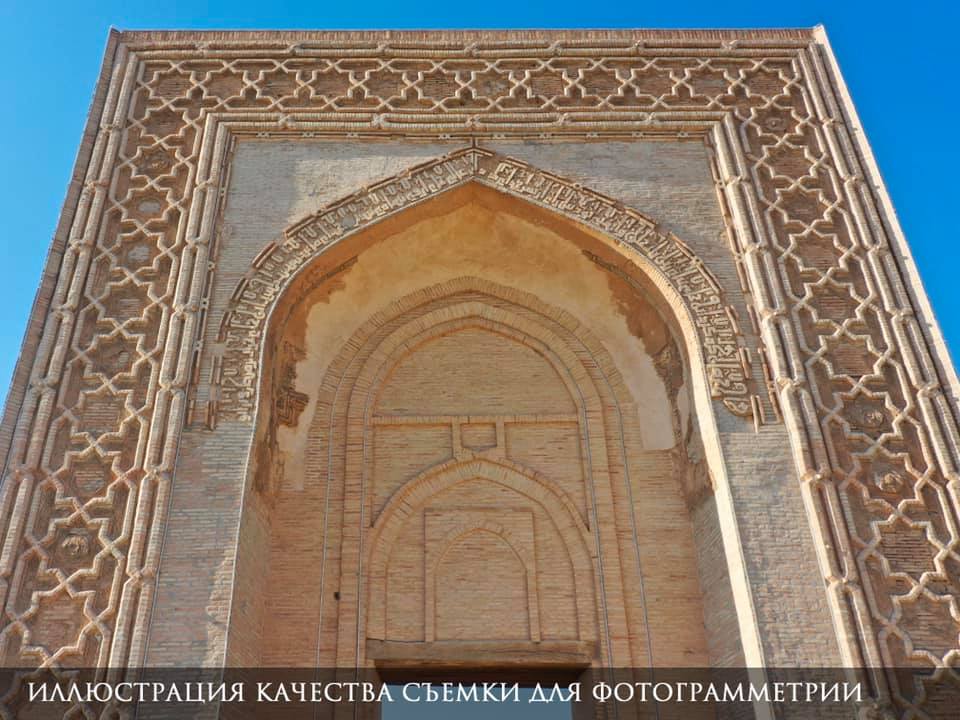