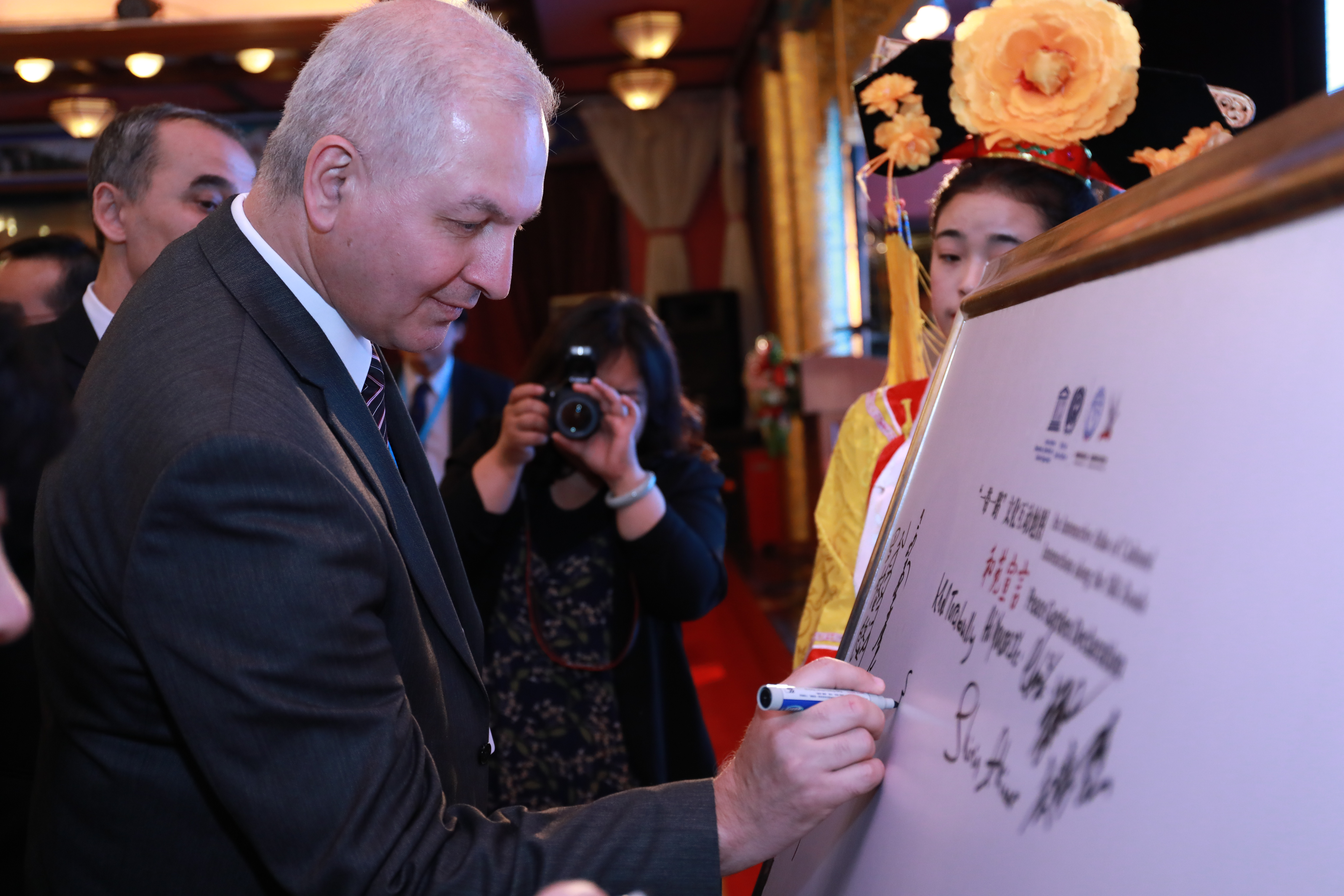 Shahin Mustafayev is a well-known expert in the medieval history of the culture of the Middle East and Central Asia. He was born in 1962 in the city of Baku. After graduating from the Faculty of Oriental Studies of Baku State University in 1984, he devoted his life with academic science. He successfully completed his postgraduate studies at the Institute of Oriental Studies of the USSR Academy of Sciences in Moscow, and in 1990 he defended his scientific dissertation at the Institute of Asian and African Countries at Moscow State University named after M. Lomonosov. As a researcher at the Institute of Oriental Studies in Baku, Shahin Mustafayev was actively involved in the study of ethnocultural and political ties in the Middle Ages between the countries along the Silk Road. He was one of the award-winners of the 10-year Hirayama/UNESCO Silk Roads Fellowship Program, and also took part in many prestigious scientific and practical conferences in Austria, Germany, France, Hungary, Iran, Turkey, China, Russia, India, Brazil and other countries. He has also carried out research at renowned centers and universities, including Istanbul University in Turkey, at the Oxford Center for Islamic Studies in the UK, Indiana University in the US, and the École normale supérieure (Paris) in France.

Since 1999, Shahin Mustafayev has taken part as an observer at meetings of the Academic Council of the International Institute for Central Asian Studies. Following his recommendation, the process of Azerbaijan's accession to IICAS was initiated, and in 2003 this country became the 10th Member State of the Institute. In subsequent years, he represented Azerbaijan in the Academic Council of IICAS, having earned a reputation as a proactive and competent expert.

At the end of 2007, Shahin Mustafayev was elected the Director of IICAS and was successfully leading the Institute in the following six years. As a Director of IICAS he was striving to ensure the integration of the academic community of Central Asia and build up close cooperation with the researchers globally to study and promote the history and cultural heritage of the region. Over the years, over 12 large-scale international research projects were launched and successfully completed, multiple books and monographs both in English and Russian were published, conferences and seminars on archeology, ancient and medieval history and culture, literary and artistic heritage of the peoples of Central Asia were held internationally.

Studying the cultural heritage of the peoples of Central Asia and the Silk Road, he was promoting cooperation between IICAS and UNESCO, also supporting UNESCO through the implementation of the Silk Road programs and projects.

In 2013, after the end of the term of office of the Director of IICAS, Shahin Mustafayev was elected a Corresponding Member of the Institute. Elected in 2017 as a full member of the National Academy of Sciences of Azerbaijan, he continues promoting the development of scientific links between Azerbaijan and the region of Central Asia, also within the framework of international UNESCO programs. In particular, he is the coordinator for Azerbaijan of the Transnational serial nomination of the Silk Road sites to the UNESCO World Heritage List, as well as the UNESCO Silk Road Platform Online program. He was also elected a member of the Board of the World Society for the Preservation, Study and Promotion of the Cultural Heritage of Uzbekistan. 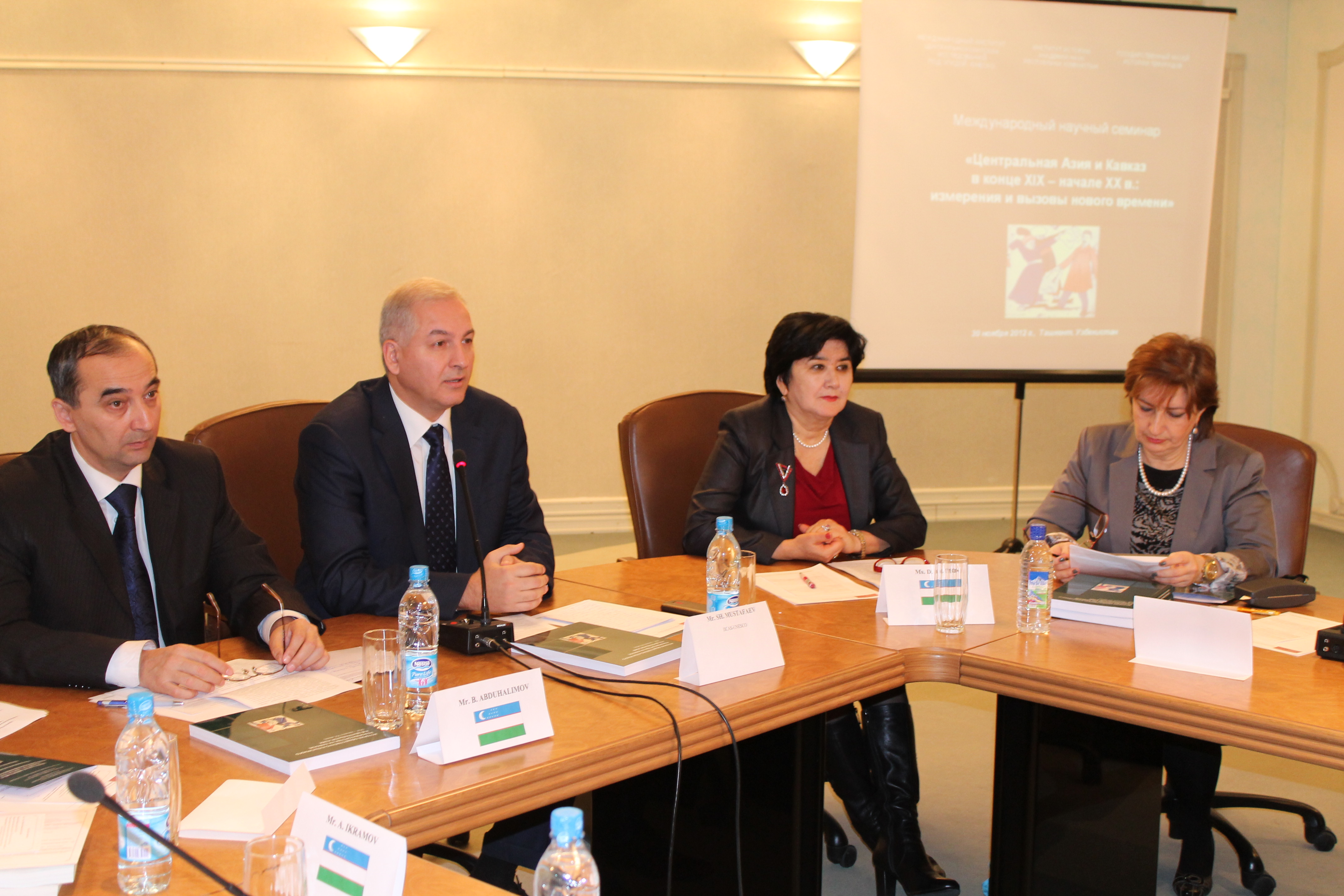 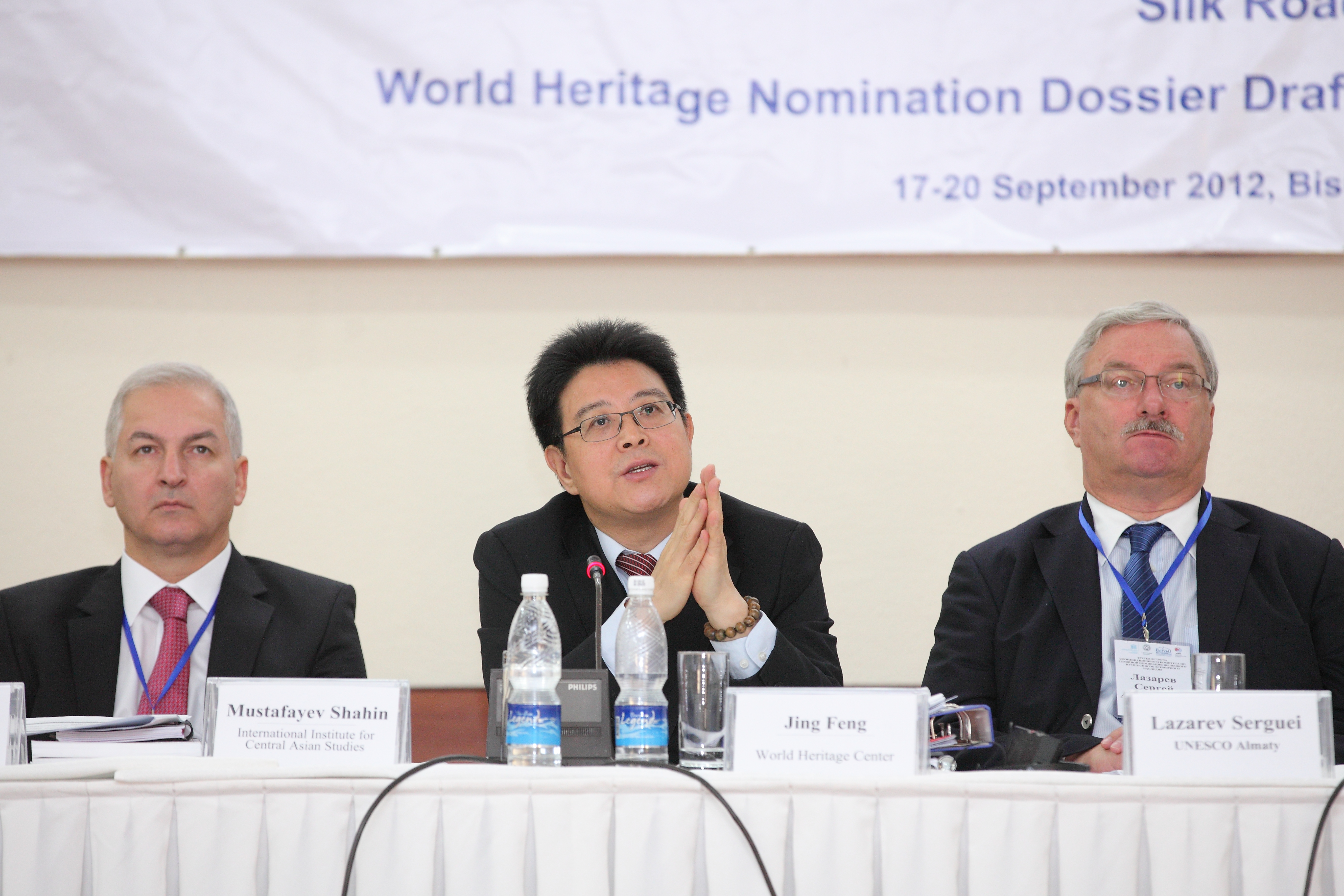 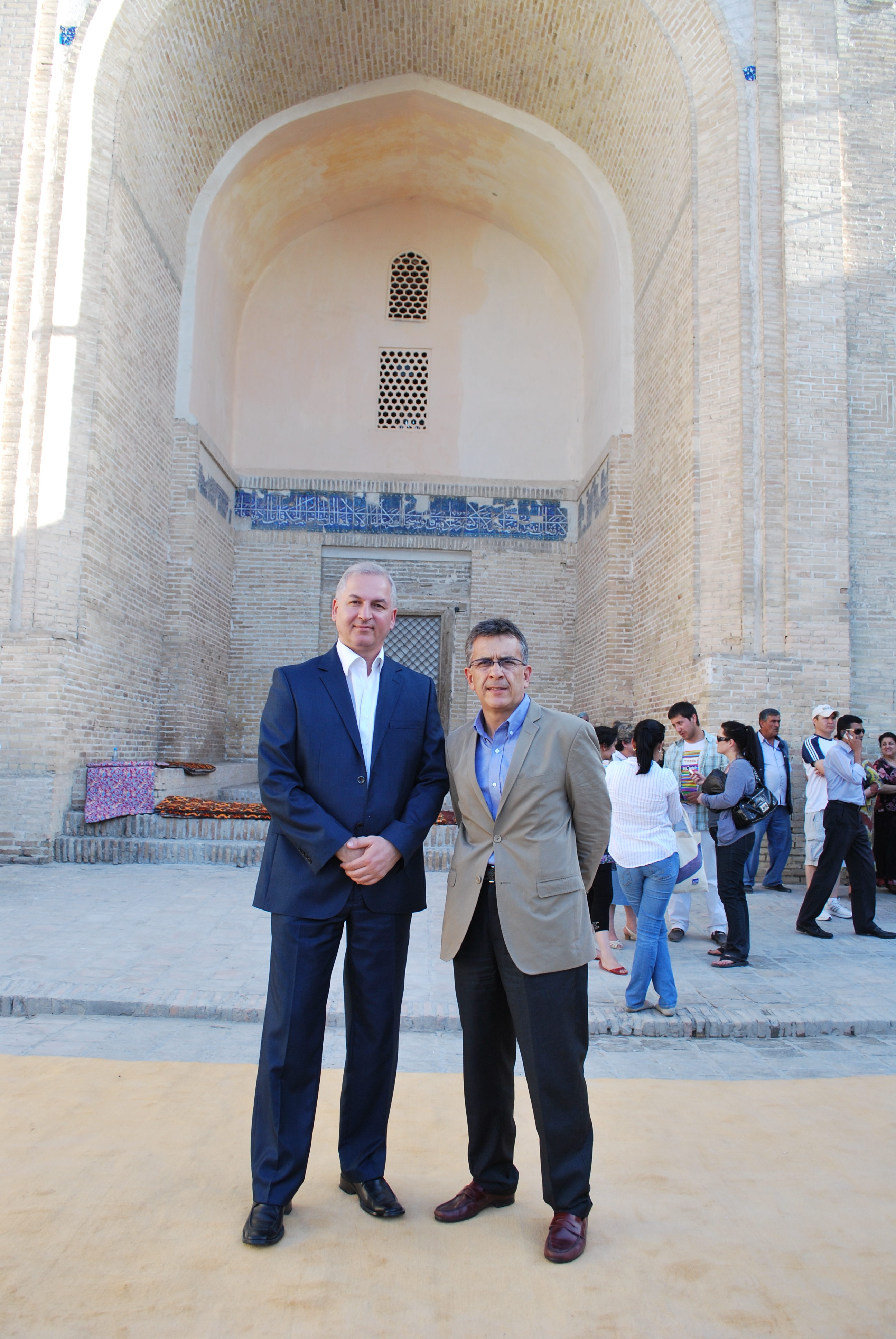 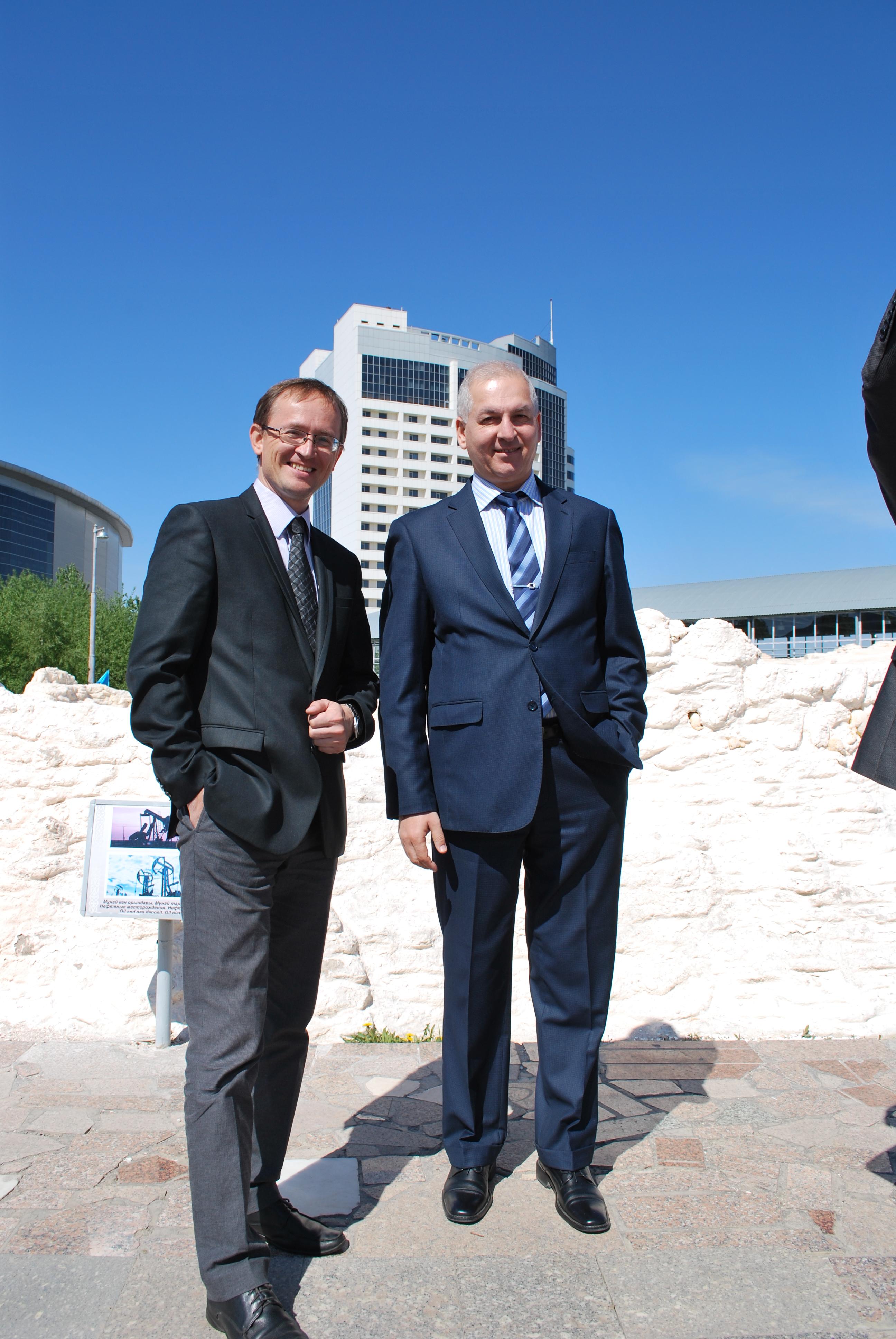