“Global Citizens’ Call for Solidarity and Cooperation in the Pandemic” 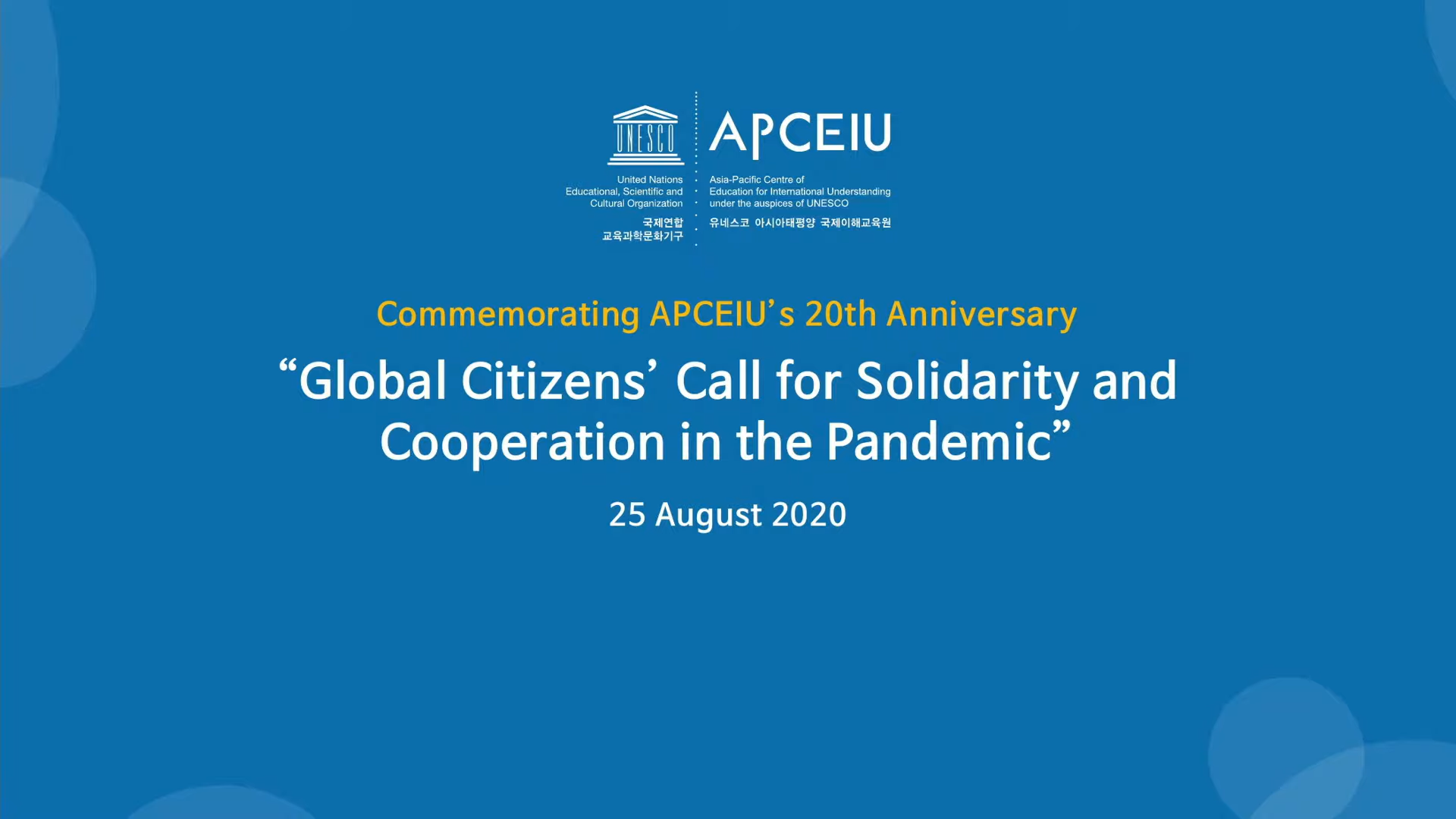 “Global Citizens’ Call for Solidarity and Cooperation in the Pandemic”

On 25 August 2020 a Virtual Ceremony entitled “Global Citizens’ Call for Solidarity and Cooperation in the Pandemic” was held in conjunction with the 20th anniversary of the Asia-Pacific Centre of Education for International Understanding (APCEIU).

On 25 August 2020 a Virtual Ceremony entitled “Global Citizens’ Call for Solidarity and Cooperation in the Pandemic” was held in conjunction with the 20th anniversary of the Asia-Pacific Centre of Education for International Understanding (APCEIU). The representatives of the International Institute for Central Asian Studies (IICAS) were honored to join this event upon the invitation received from the APCEIU. The ceremony was also attended by over 60 international experts representing partner institutions of APCEIU.

The event was opened with a Song for Global Citizens cheerfully performed by the Alumni of APCEIU Youth Leadership Workshops and accompanied with warm anniversary messages. It was followed by welcoming remarks by Dr. Lim Hyun Mook, the Director of APCEIU, where he highlighted the key achievements of the institutions within the past 20 years and shared the prospects for the future. Special focus was given to the need for solidarity and cooperation between nations across the globe.

An inspiring speech was given by HE Mr. Ban Ki-moon, the eighth Secretary-General of the United Nations, where he highlighted the need to move toward a sustainable future and the joint effort that has to be made by the international community to right to education as of the humans’ basic rights. The importance of Global Citizenship Education (GCED) and its role in promoting peace and combatting challenges worldwide were mentioned as well.

More congratulatory remarks were given by honorable guests of the ceremony representing the APCEIU’s strongest supporters and partners including Ms. Yoo Eun-hae, the Deputy Prime Minister and Minister of Education of the Republic of Korea, Ms. Stefania Giannini, Assistant Director-General for Education, UNESCO, Ms. Seo Eun-ji, Director-General for Public Diplomacy and Cultural Affairs, Ministry of Foreign Affairs.

Another video prepared by the Korean Ministry of Foreign Affairs and dedicated to the 70th Anniversary of the Republic of Korea’s Accession to UNESCO offered the flashbacks into the history of Korea and the challenges the country managed to overcome thanks to the strong support by the international community.

The virtual ceremony was closed with short video stories of the participants and remarkable alumni of APCEIU programs, who shared their experience collaborating with APCEIU and the way they used the knowledge acquired. 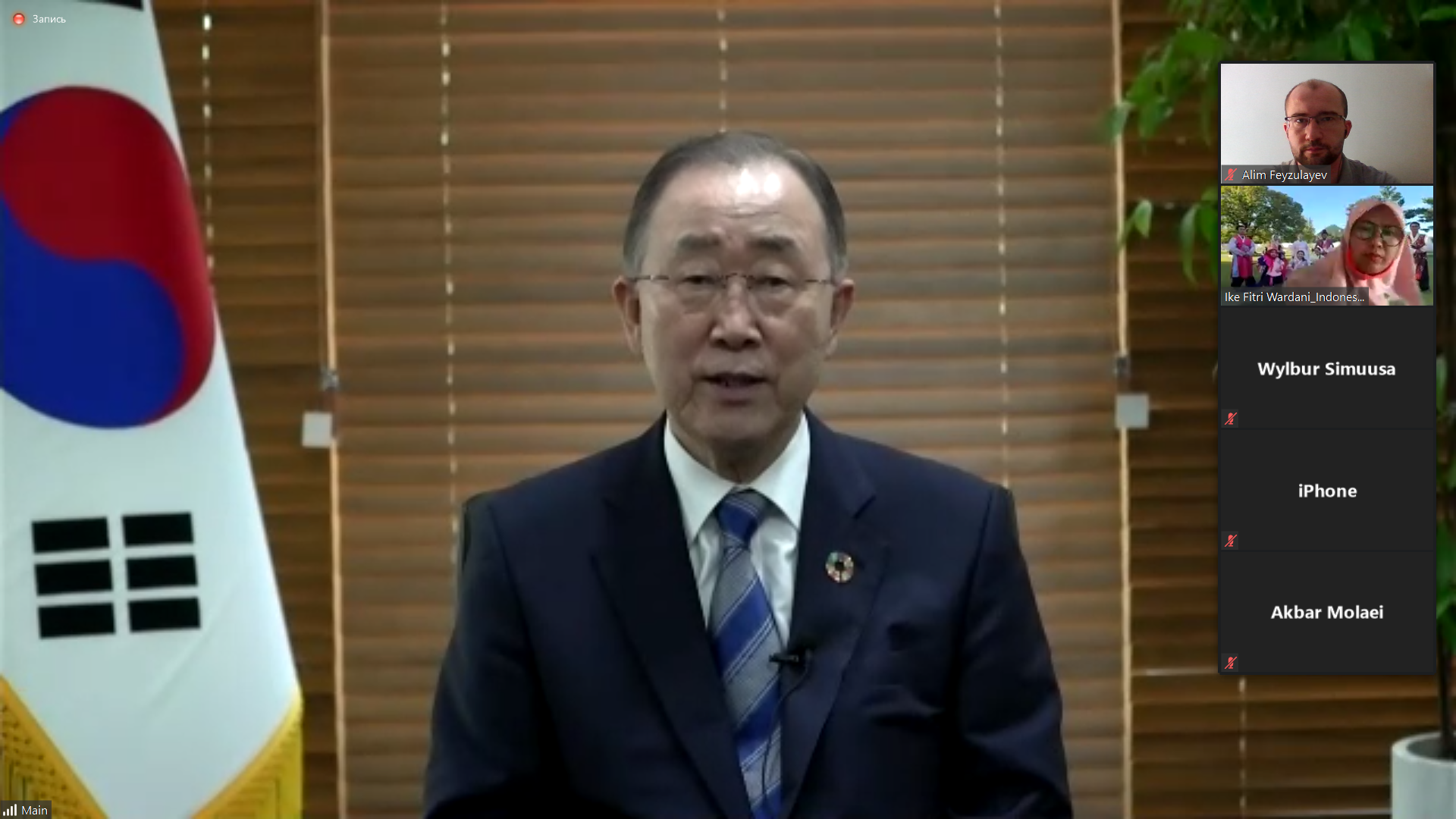 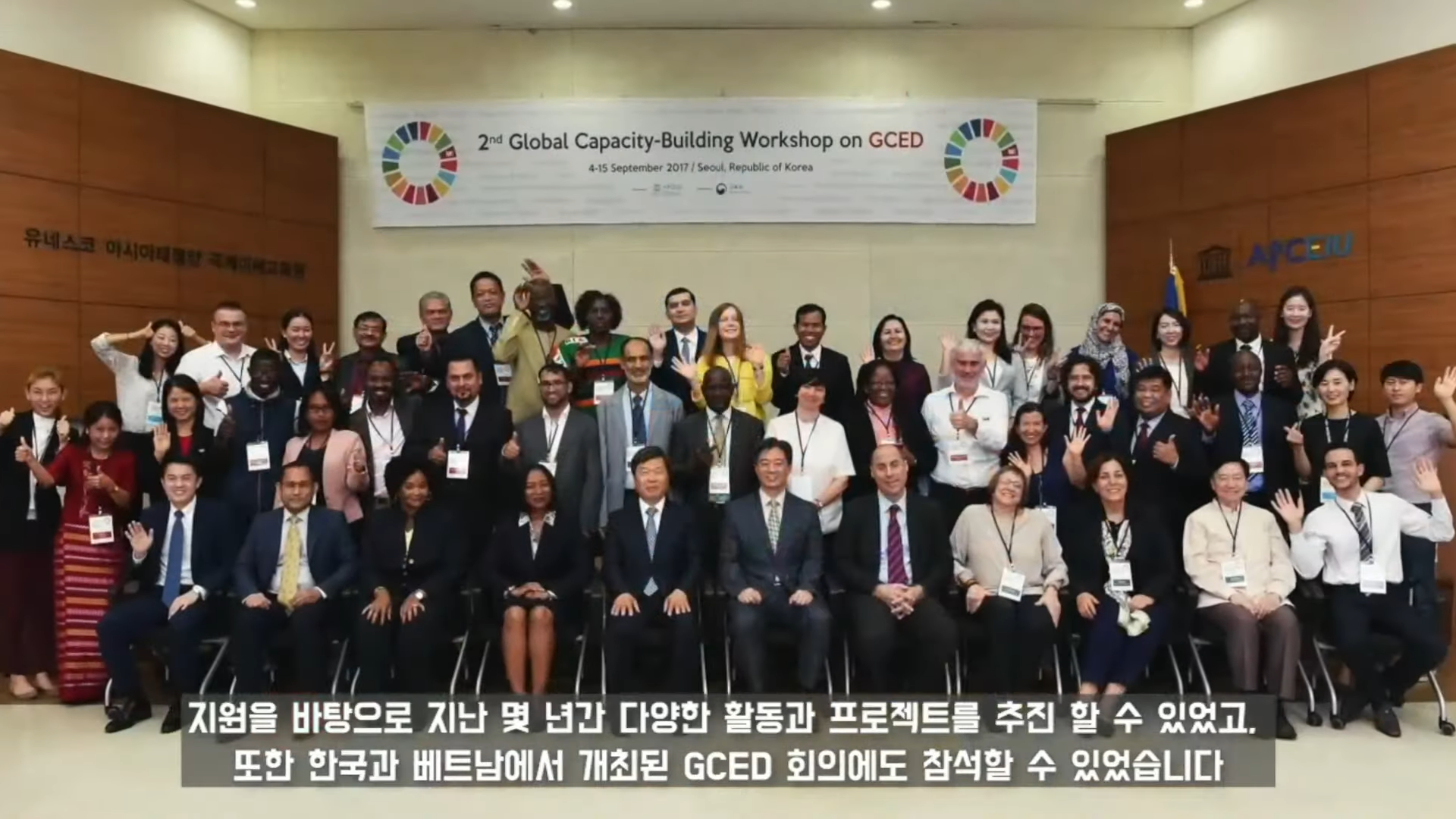 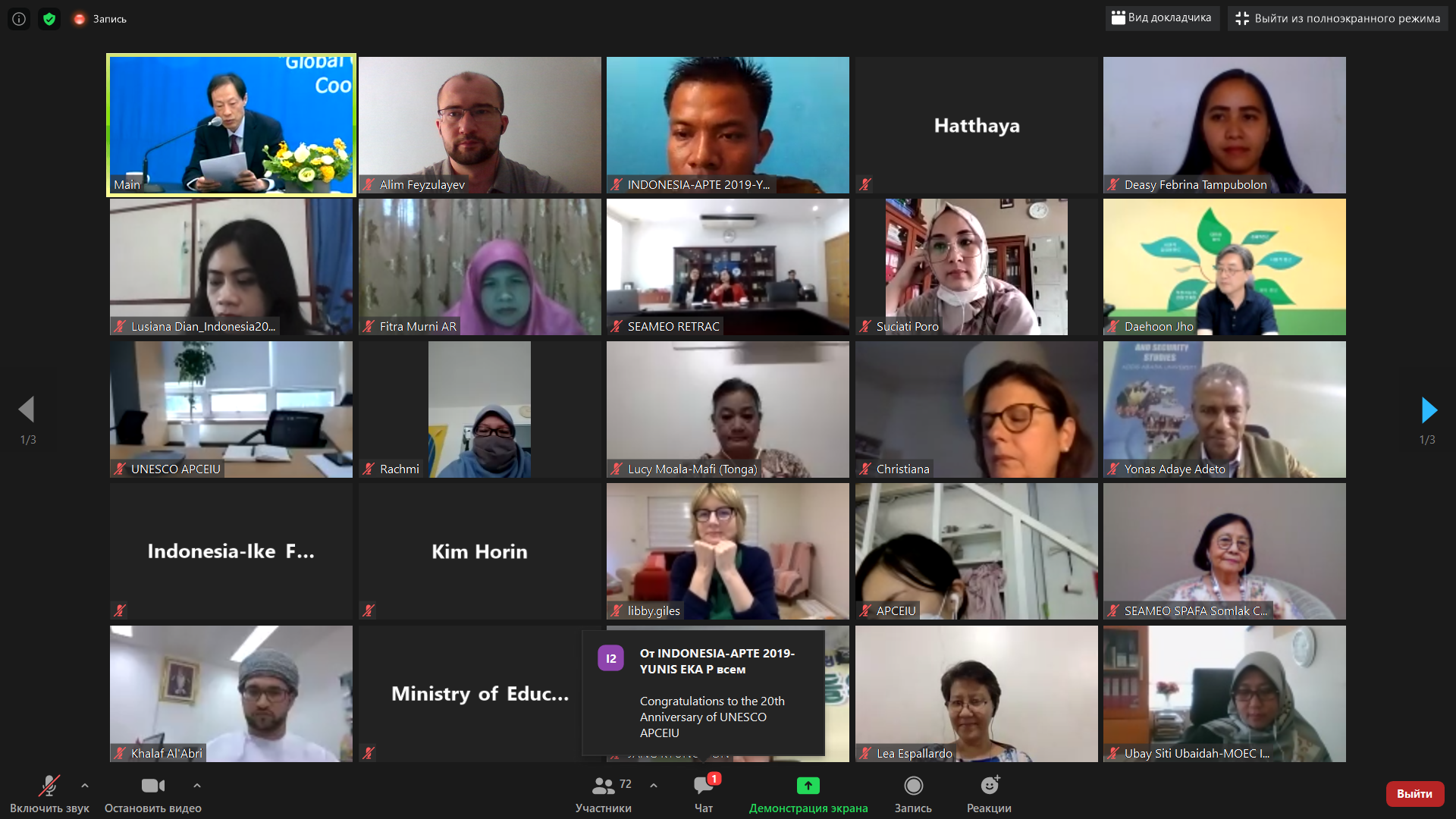