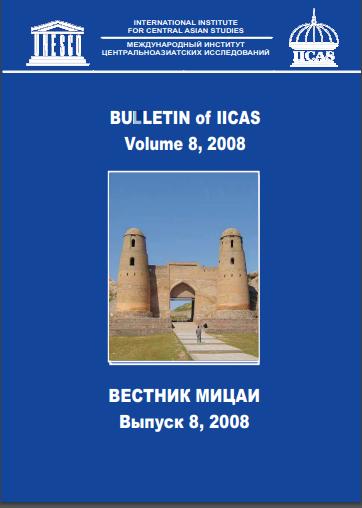 
Acad. Nikolay Ivanovitch Veselovskiy (12.11.1842 – 12.04.1918) made a great contribution to the study of archaeology and medieval culture of Central Asia. A greater portion of his considerable and multiform scientifi c and literary heritage remains unpublished. As viewed by the well-know researcher of the history of Russian Oriental studies and archaeology of Central Asia B.V.Lunin, “works by N.I. Veselovskiy added a vivid page to the study of Central Asia antiquities”. Note that a Lunin’s monograph “Central Asia in the Scientifi c Heritage of Home Oriental Studies” deals entirely with the scientifi c activity of N.I. Veselovskiy who is ranked with Grigoriyev V.V. and Bartold V.V. In this triad, N.I. Veselovskiy comes out as disciple of the former and teacher of the latt er. It was no mere coincidence that Bartold devoted a comprehensive obituary notice to his teacher. Deserving consideration is the fact that Veselovskiy was editor and initiator of the fi rst edition of works by Ch.Ch. Valikhanov published in St.- Petersburg in 1904. 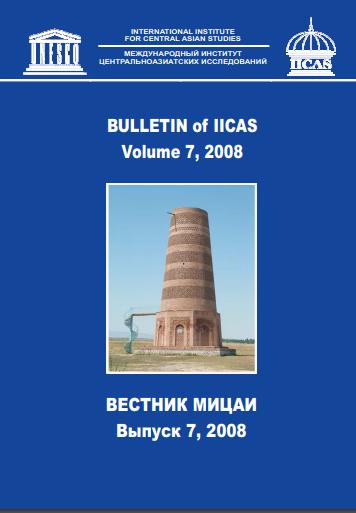 
Otrar oasis, as it has been determined by scholars, occupies an area of more than 2,500 square kilometers, which includes about 150 historical and cultural monuments. Th e territory marked by four archaeological sites, mausoleum Arystanbab, and numerous ancient irrigation channels has become today the central tourist core of the oasis. Th e principal tasks set and accomplished by the Institute of Archaeology of Kazakhstan are focused on studying the objects situated within the so-called “core” of Otrar oasis, specifi cally on the site Otrar. 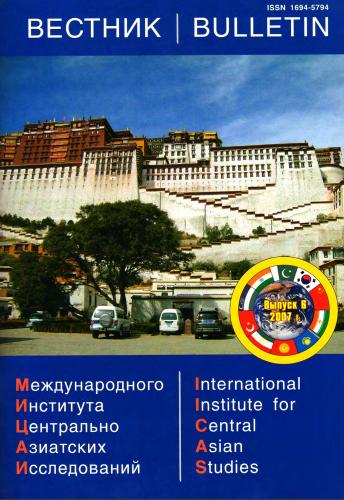 
This year, IICAS continued the work of the international expedition on the project “Studying migration processes in the history of the peoples of Central Asia and their culture,” begun in 2006. The expedition worked in October-November months of 2007 in the southern regions of Xinjiang Uygur Autonomous Region (XUAR) of the People’s Republic of China.The expedition included a former group of scientists from Central Asia: A. Asankanov, ethnologist (Kyrgyzstan). B. Matbabaev, archaeologist (Uzbekistan), A. Saidov, East ‐ Ved (Tajikistan), J. Tashbaev, translator and young specialist Yugasved. The head of the project and the expedition K. Tashbaeva - Director of the Steklov Mathematical Institute, archaeologist (Kyrgyzstan). The expedition was assisted by scientists from universities in Urumqi and local lovers of local lore. 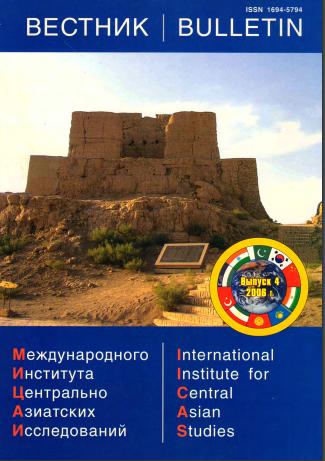 
In 2006, IICAI. according to his program of activity, for the first time organized an integrated archaeological and ethnographic expedition to the Xinjiang Uygur Autonomous Region (XUAR) of the People’s Republic of China on the project “Study of Migration Processes in the Ancient and Middle Ages of the Central Asian Nations”.The expedition included scientists from the countries of Central Asia: A. Asankanov. ethnologist (Kyrgyzstan-gyzstan), B. Matbabaev. archaeologist (Uzbekistan). A. Saidov, orientalist (Tajikistan), J. Tashbaeva (translator, young specialist in Chinese studies), as well as a video filming operator and driver from China. The expedition worked closely with scientists and local historians of the XUAR. who helped make this program happen. The idea of ​​the project and the leadership of its work was carried out by K. Tashbaeva, Director of IICAS. 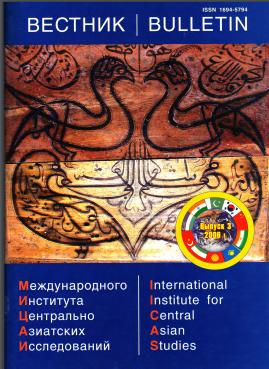