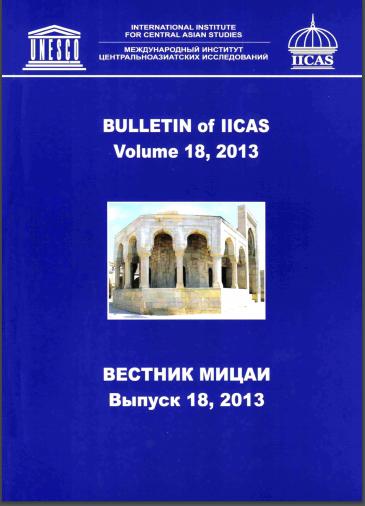 
In 1992, as new possibilities for research were emerging, André Gunder Frank stated that understanding Central Asia as an important link in world history rests in part on deeper knowledge of the smaller Central Asian oasis states1 . In his treatise on the “centrality” of Central Asia, Gunder Frank reiterated Lombard’s and Barfield’s2 propositions that Khorezm was one of a few important nodal points (or “nexuses”) in Central Asia – a pivotal region for both east-west and north-south exchange, and one of a few“…privileged locations [that] can reveal much about migratory, economic, political, military, social, and cultural currents in and through Central Asia and its neighboring regions”3 . Much like Lattimore’s4 frontiers, the agrarian oasis states such as Khorezm were local staging grounds for negotiations and exchanges that had significant systemic implications across Eurasia. 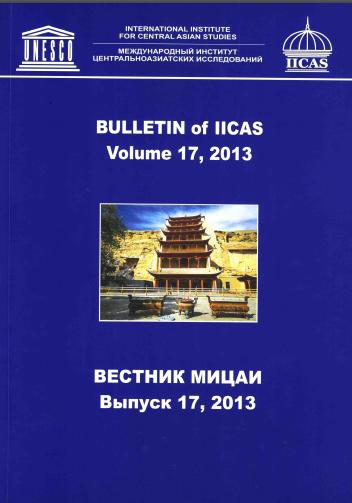 
With its nearly half a year story, a book by a famous researcher of Central Asian antiquities A.M. Mandelshtam presents results of the work at the Tulkhar sepulcher1 . Besides numerous categories of implements, the work describes a complex of arms, including two original blades with a volute-shaped top and a straight cross. That was the first discovery of poniards of this type in Central Asia. In the sequel, the number of blades continued to grow; however, discoveries of poniards of such a rare form remained single cases. Together with not numerous series of such blades, it became evident that the reviewed poniards were spread over a vast territory, but let’s talk about it later 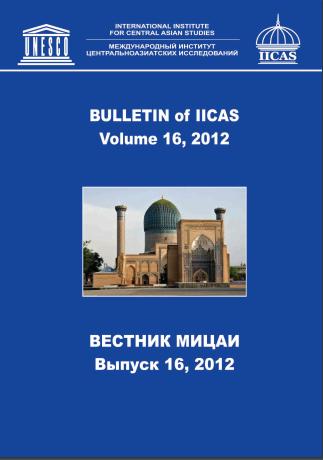 
The Oxus Civilization or Bactria Margiana Archaeological Complex, geographically located in the south of present-day Central Asia (historically designated by the terms “Bactria” in northern Afghanistan, southern Uzbekistan and southern Tajikistan, and “Margiana” in central Turkmenistan) belongs to the Middle and Late Bronze Age between ca. 2300 and 1500 BC1 . After a brilliant peak phase, the Oxus civilization underwent major shifts in the whole social sphere, during the Final Bronze Age between ca. 1750 and 1500/1450 B.C., before disappearing and letting place to the “handmade painted pottery cultures” of the Early Iron Age 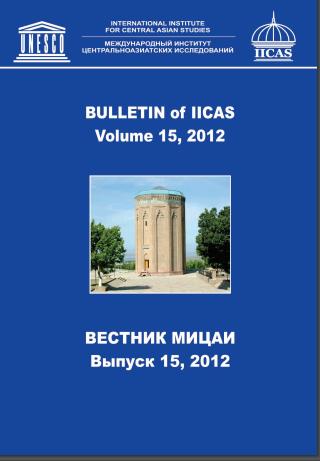 
Introduction. One of the most remarkable books on the Great Silk Road is ‘The Golden Peaches of Samarkand’ by E. Schaffer. In the preface to his monograph the author claims that the golden peaches of Samarkand are indeed real fruits, which were sent as a gift to the Chinese court. “They were as big as goose eggs, and since the color was like gold, they were called “golden peaches””. But the “golden peaches” that gave the name to the book, are also a symbol of the desired, unknown, and luring, a mythical image of the mysterious world1 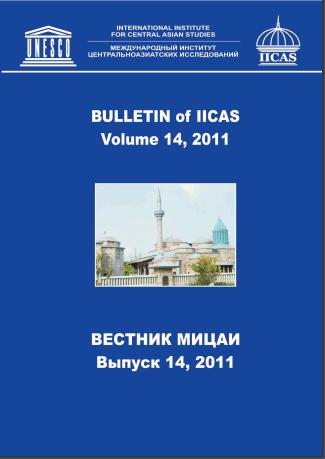 
Formed in the 2nd century BC, the Great Silk Road played a very important role in the process of integration of economy and culture of the peoples of the East and the West. The largest states of the Ancient Age, such as Rome and Byzantium in Europe, Iran, India and Arabic countries in the Middle East, Sogd, the Kushan Empire and the Turkic Kaganate in Central Asia, and China, Japan and Korea in the Far East established trade and cultural relations. That was the beginning of the centuries-old contacts between the East and the West. Every people made a contribution to the development of this transcontinental trade route. Scientists acknowledged that the Sogdians played the leading role in this process. Numerous written sources and archaeological materials testify to this conclusion.